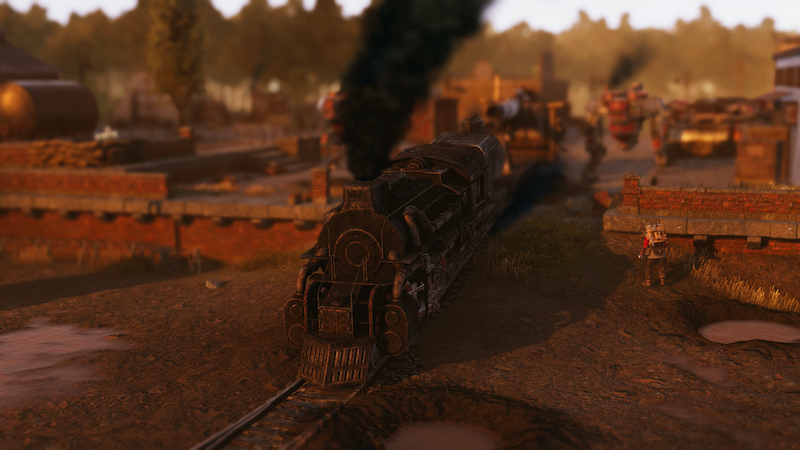 The newest content for RTS Iron Harvest is an impressive looking expansion that throws the Rusviets into all-out Civil War.

Over 100 years ago the real Russian revolution came to a halt when the red forces won the final battle at the Krim. However, in the alternate history of Iron Harvest, the world did not see this kind of revolution – until now. Today marks the day the Rusviet people will rise up against the Tsar. Players will follow an additional storyline over the course of four new single player campaign maps that shed some light on the mysterious Rasputin and his machinations.

Iron Harvest is out now, exclusively on the PC. The DLC is free to those who’ve previously backed the game on Kickstarter or own the Deluxe Edition of the baes title. Anyone else can pick up the pack separately as of today, for $3.99 USD.

We reviewed Iron Harvest upon release here, and tagged it with an 85%, saying:

Are you a classic RTS fan? Are you into the straightforward play that the genre used to revel in? Would you like that with a side-order of new ideas, like the ability to pick up and use your foes weapons? Well add some excellent graphics, awesome music, and a kick-butt story, and you’ve got Iron Harvest.

Jason's been knee deep in videogames since he was but a lad. Cutting his teeth on the pixely glory that was the Atari 2600, he's been hack'n'slashing and shoot'em'uping ever since. Mainly an FPS and action guy, Jason enjoys the occasional well crafted title from every genre.
@jason_tas
Previous Microsoft now offering digital refunds on Cyberpunk 2077
Next Man-Thing comes to new book and variant cover slate from Marvel