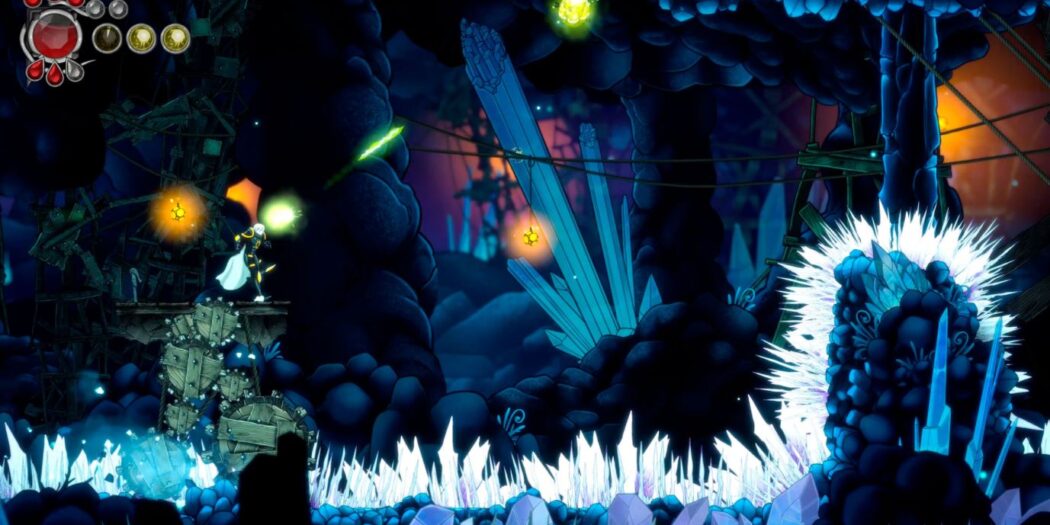 Home / News / Get an extended look at Metroidvania Aeterna Noctis

Available some time in 2021, Aeterna Noctis is already looking great. A Metroidvania, you can get a look at 17 minutes of gameplay in the new trailer.

Yes, 17 minutes. Grab yourself a cup of your favorite beverage and settle in, because if you’re a fan of the Metroidvania sub-genre, then you’re going to want to check this one out. Aeterna Noctis might not be a game that you even knew was coming up, but it’s looking like something to keep an eye on.

From Sony Interactive Entertainment Spain and Aeterna Game Studio, the title is a darn good looking 2D romp. In this 17 minute look at it in action, you can get a solid look at not just the gameplay, but also the upgrade system.

Something that Aeterna Game Studio specifically points to, the upgrade system sets the playable King of Darkness on one of three paths. Those include the paths of “melee combat, survival attributes and magic abilities”.

Developed as part of the PlayStation®Talents project, Aeterna Noctis tells the story of the King of Darkness and the Queen of Light. They are both cursed to fight each other eternally and even death could not free them from their destiny since they have been granted the gift of immortality. Players will experience this never-ending conflict through 16 challenging levels.

Bringing puzzles, platforming, and of course plenty of action, Aeterna Noctis is set to release for the PS5, Xbox Series X|S, Switch, and PC some time in 2021. Yes, even though it was a part of the PlayStation Talents program, it’s a multiplatform release.

Jason's been knee deep in videogames since he was but a lad. Cutting his teeth on the pixely glory that was the Atari 2600, he's been hack'n'slashing and shoot'em'uping ever since. Mainly an FPS and action guy, Jason enjoys the occasional well crafted title from every genre.
@jason_tas
Previous Hwang joins season pass 2 for Soul Calibur VI
Next Call of Duty: Black Ops Cold War (Xbox Series X) Review