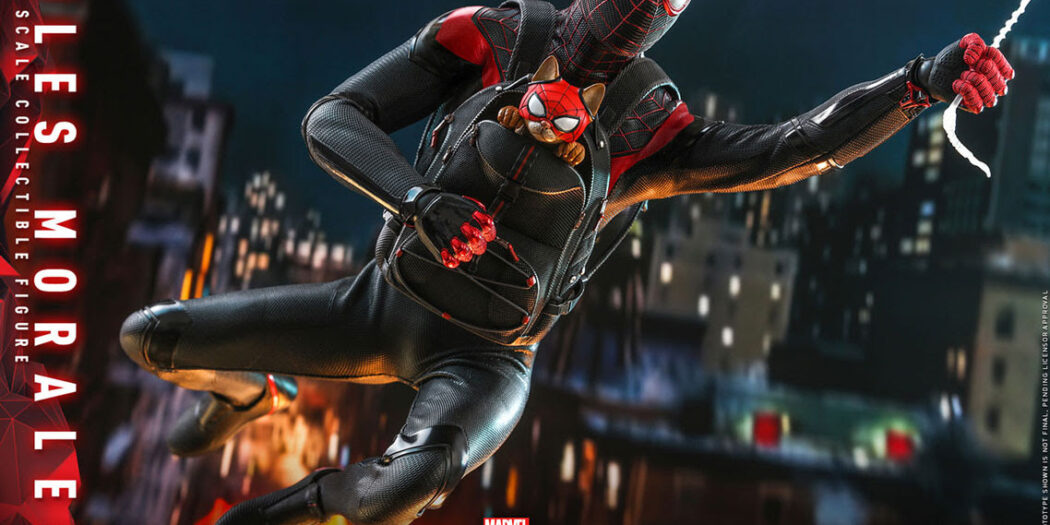 With a new game just out, collectible company Hot Toys is poised to tie-in with an awesome looking new Miles Morales figure. And yes, there’s a cat.

This week sees the release of the brand new Miles Morales: Spider-Man game. Officially a sequel to the PS4 neo-classic, Miles Morales is available for both the PS5 and PS4. The game centers on the title hero as he dons his own Spidey suit and takes the fight against crime to his Manhattan neighborhood.

That version of Miles is making the jump to your shelf as well, courtesy of Hot Toys. A high-end collectible-maker, Hot Toys produces stunningly realistic figures in the 12″ scale. Though they usually focus on TV and movie versions of superheroes, Miles represents the latest in their gaming line.

As you can see, he’s pretty awesome looking. And, yes, there’s a Spider-cat.

Confused about the cat? Well, the game apparently sees Miles as a cat-owner, and one that occasionally finds himself carrying the kitty around with him while web-swinging. He’s not actually a Spider-cat (that I know of), although an unlock able bonus will dress the lil’ guy in his own suit. And this being Hot Toys, who tends to pull out all the stops, you get one included with Mr. Morales.

Scroll down to check out what else is in the box.

Miles is ready for pre-order right now via Hot Toys’ partner Sideshow Toys. He’s set to ship out in quarter 1 of 2021, and will run you $270 USD. You can get yours here.

Jason's been knee deep in videogames since he was but a lad. Cutting his teeth on the pixely glory that was the Atari 2600, he's been hack'n'slashing and shoot'em'uping ever since. Mainly an FPS and action guy, Jason enjoys the occasional well crafted title from every genre.
@jason_tas
Previous Trailer: Godfall arrives on PS5 and PC
Next New NBX, Marvel and more hitting stores this week from DST