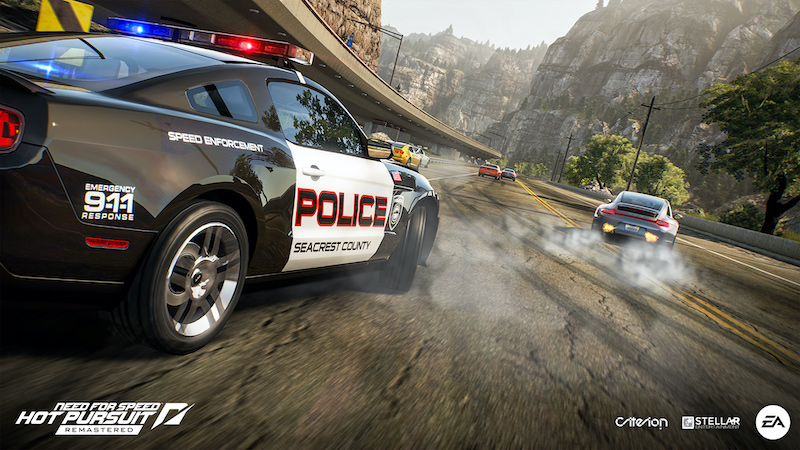 Need for Speed Hot Pursuit getting remaster next month

How’s this for a surprise… and probably one that you’d find only in 2020. EA has announced that Need for Speed Hot Pursuit Remastered hits in November.

Need for Speed is a pretty big name in racing games. And on top of that, Hot Pursuit is one of the best loved titles in that series. So it’s more than a little odd that the Remastered version of that racer was announced yesterday, and launches about a month from now. Crazy times this 2020.

Take a look at the game in all its remastered glory in the trailer below.

Hot Pursuit is all about the chase. In it, gamers can take not he role of an outlaw or a cop, and hit the streets. That’s in the campaign, but of course there’s a lot more to Hot Pursuit than that.

Multiplayer is back for another round, and this time that includes cross-platform play. And EA isn’t kidding around with that one, as the cross-play fun includes not just Xbox One and PS4, but also the PC and the Nintendo Switch.

The Remaster will also include all of the DLC from the original game. EA says that shakes out to be an added “six hours of gameplay and more than 30 challenges”.

Need for Speed Hot Pursuit is revving its engines, and is set to blast onto the PS4, Xbox One, and the PC on November 6th. The Switch edition hits a few days later, on November 13th.

Jason's been knee deep in videogames since he was but a lad. Cutting his teeth on the pixely glory that was the Atari 2600, he's been hack'n'slashing and shoot'em'uping ever since. Mainly an FPS and action guy, Jason enjoys the occasional well crafted title from every genre.
@jason_tas
Previous Black Cat gets a retro-packaged Marvel Legends figure from Hasbro
Next Toy Fair set to return in 2021