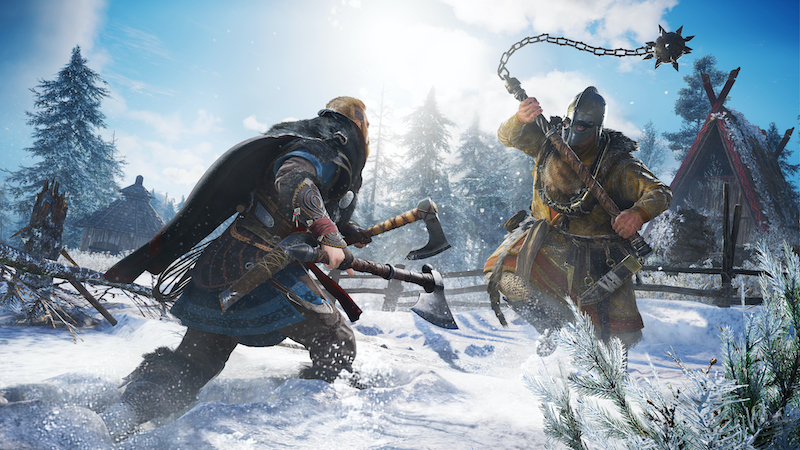 Well, 2020 continues to be a weird year in more ways than… however many we’re up to. The latest comes in the form of video game release dates.

The next generation of consoles, arriving this holiday, still don’t have solid dates and some of the biggest games of the calendar are just getting them. Take Assassin’s Creed Valhalla for example.

Announced some time ago, the latest in Ubisoft’s long running franchise has just now received a street date. And I mean like, just now… like, today. And that magical date will be November 10th.

If you’re paying attention, that puts it head to head with Call of Duty: Black Ops Cold War, which hits on the 13th. Why force that confrontation when delays have hit some of the biggest marquee games coming out this holiday? Seems like a good question.

Also strange is that it seems as though Ubi is looking for the fight. Read the statement below, and see what you think, but it certainly feels like the company has moved Valhalla’s date for a reason.

“We are excited to announce that players will be able to discover Assassin’s Creed Valhalla sooner than expected! We cannot wait to see the world we’ve been creating over the past three years coming to life on all platforms, including on the next generation of consoles with the Xbox Series X | S on 10thNovember.” said Julien Laferrière, Producer on Assassin’s Creed Valhalla.

November is going to be quite the scrap.

Jason's been knee deep in videogames since he was but a lad. Cutting his teeth on the pixely glory that was the Atari 2600, he's been hack'n'slashing and shoot'em'uping ever since. Mainly an FPS and action guy, Jason enjoys the occasional well crafted title from every genre.
@jason_tas
Previous Shing! (PC) Review: Combat and “Comedy”
Next Trailer: 90s style JRPG Woodsalt coming to PC and Switch