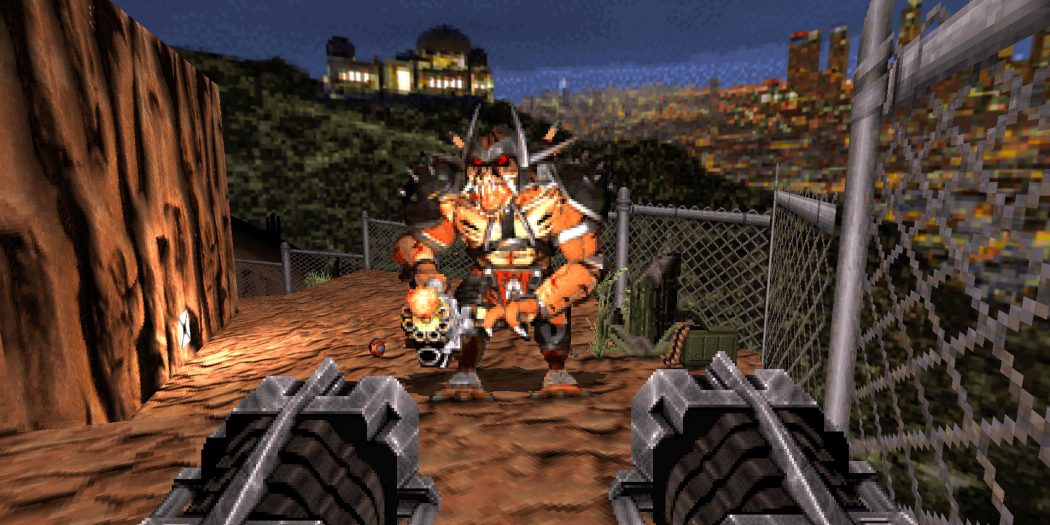 Home / News / Duke Nukem 3D out on Switch this week

Duke Nukem 3D out on Switch this week

The Duke is back. Gearbox is bringing its recent Duke Nukem 3D: 20th Anniversary Edition World Tour to Nintendo’s Switch this week.

Do you miss the days of classic, action-packed FPS? So you prefer your shooters to have less story and more blasting? Do you like badass heroes who don’t ever take off their sunglasses?

Well… have you skipped Duke Nukem 3D: 20th Anniversary Edition World Tour on all the other platforms that it’s come out for? If the answer to some or all of these questions is ‘yes’ then you’re in luck. The Duke is almost ready to hit the Nintendo Switch.

A perfect portable (or at home) port of the classic FPS is honestly pretty awesome all by itself. This though, is the most recent edition of the game, from publisher Gearbox.

That means that you get more than just the base game. Actually, quite a bit more. Even if you have played a version of this one on another platform too, you’ll find something new here.

Jason's been knee deep in videogames since he was but a lad. Cutting his teeth on the pixely glory that was the Atari 2600, he's been hack'n'slashing and shoot'em'uping ever since. Mainly an FPS and action guy, Jason enjoys the occasional well crafted title from every genre.
@jason_tas
Previous Check out the first gameplay for the remake of XIII
Next DC and WB announce huge August event with DC FanDome