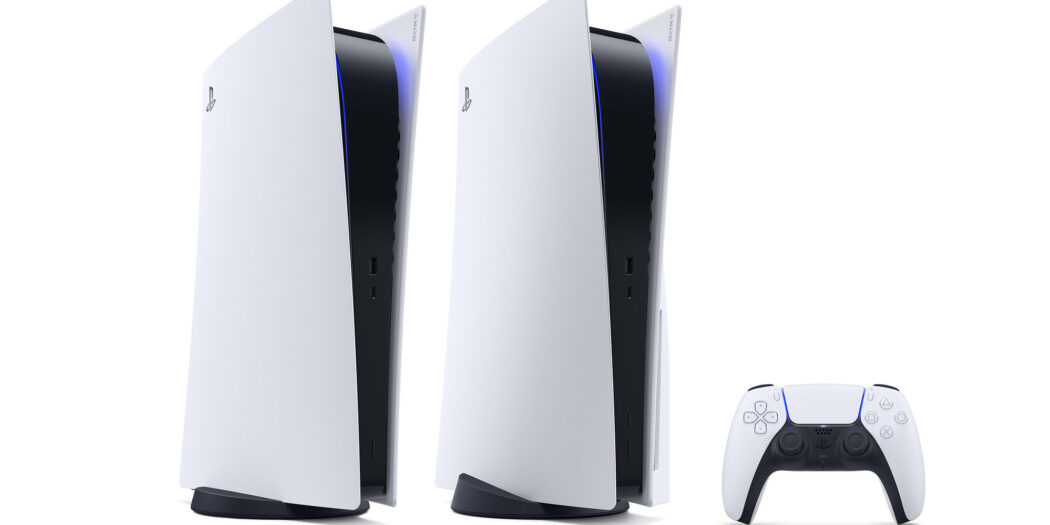 Home / News / PS5 revealed, here’s what the console looks like

Thanks to Sony’s press/fan event yesterday, we finally know what the PS5 is going to look like, as well as what peripherals will be available at launch.

Yesterday Sony held an online event to reveal the PlayStation 5 to the world. After months of speculation, and a few leaked images of development kits, we got a look at the real thing.

The PS5 itself looks nothing like any previous generation of PlayStation. You can tell that Sony wanted a futuristic look for the console, with its sleek, glossy exterior and… fins. Or maybe ‘popped collar’ might be a better descriptor. Either way.

As you can see, there are also set to be a pair of SKU’s for the console. Sony will have both standard and ‘digital’ only versions of the PS5 out there at launch, which is maybe a little bit risky.

But while having multiple PS5’s available could cause some confusion amongst the fanbase, it’s also a smart move since there are many gamers today who prefer digital distribution to tried and true physical media. And I’d imagine that’ll be the cheaper version as well.

Also as you can see, there will be a selection of accompanying peripherals for you drop some cash on. Sony will have a PS5-branded headset, controller charging station, media remote, and PS Eye camera on store shelves. Presumably all of this will be out there for launch.

The PS5 doesn’t have a release date just yet, but is expected to be out and available (possibly in short supply) by the end of the year. Keep an eye out for those pre-orders.

Jason's been knee deep in videogames since he was but a lad. Cutting his teeth on the pixely glory that was the Atari 2600, he's been hack'n'slashing and shoot'em'uping ever since. Mainly an FPS and action guy, Jason enjoys the occasional well crafted title from every genre.
@jason_tas
Previous New Transformers game announced, Battlegrounds hits this fall
Next Capcom announces RE8, Resident Evil Village