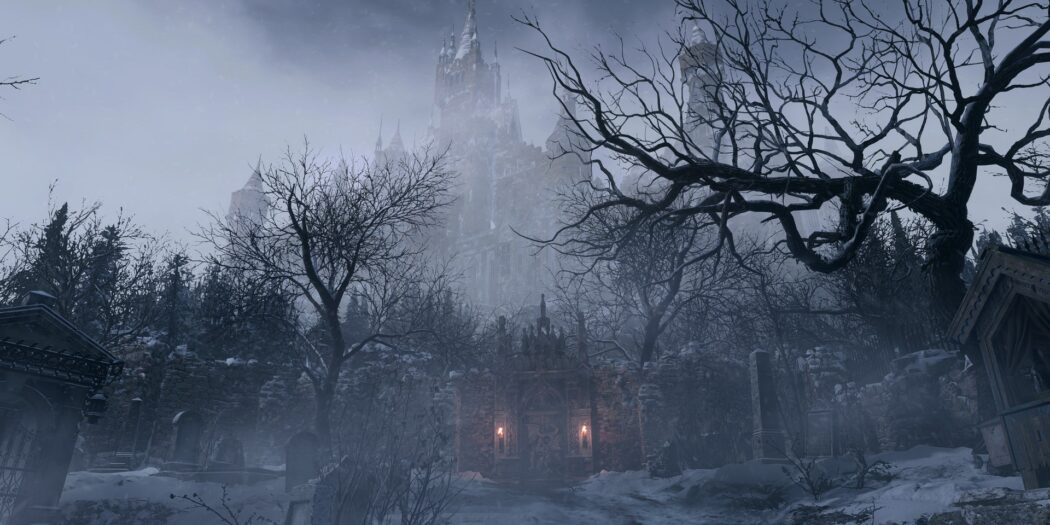 The next-gen return of Resident Evil is confirmed. Capcom has taken the wraps off of Village, the next chapter in part 7 hero Ethan’s tale.

There’s a lot to unwrap here in this first trailer for Resident Evil 8, Resident Evil Village. The game looks both familiar and new. It has some elements that we definitely haven’t seen before, like the werewolf-looking creep. However, it’s got an overall feel that harkens back to not just RE7, but RE4 as well. That’s not to say that Leon Kennedy is lurking around anywhere.

Village pretty obviously is a direct followup to RE7. That game’s hero Ethan returns as the playable character, but is joined by a whole new supporting cast. And yes, that includes series mainstay Chris Redfield.

Though Ethan might not be all that happy to see him.

From the press release

In the debut cinematic trailer released today, Capcom revealed a glimpse of the evocative new setting and storyline of Resident Evil Village. Set a few years after the critically acclaimed Resident Evil 7 biohazard, the all-new storyline begins with Ethan and his wife Mia living peacefully in a new location, free from their past nightmares. Just as they are building their new life together, tragedy befalls them once again. Chris Redfield, the legendary hero from the Resident Evil™ series who made a brief appearance in Resident Evil 7 biohazard, is reacquainted with the couple and horribly disrupts their life, leaving Ethan devastated and thrown into an entirely new nightmare.

The first-person action in Resident Evil Village begins when players assume the role of a distraught and shattered Ethan as he seeks to uncover the mysterious new horrors that plague a once peaceful village. Throughout this terrifying journey, players will fight for every breath as they are hunted by vicious new enemies that have infested the snow-capped locale. Channeling the capabilities of next generation consoles, the detailed realism and relentless feeling of fear will increase with each desperate battle for survival, while moments of calm will leave players wondering what new horrors await.

Resident Evil Village is set to hit next generation consoles in 2021.

Jason's been knee deep in videogames since he was but a lad. Cutting his teeth on the pixely glory that was the Atari 2600, he's been hack'n'slashing and shoot'em'uping ever since. Mainly an FPS and action guy, Jason enjoys the occasional well crafted title from every genre.
@jason_tas
Previous PS5 revealed, here’s what the console looks like
Next Tony Stark to step back into the Iron Man armor this fall