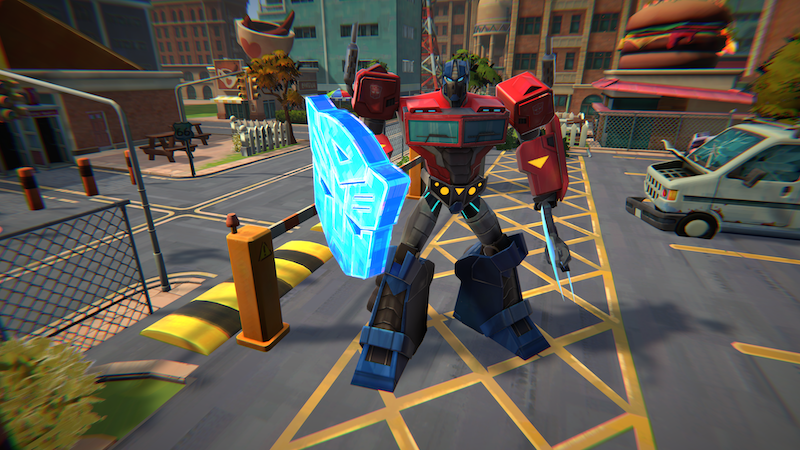 A new Transformers game is coming, though it probably isn’t what you have been expecting. Transformers Battlegrounds is on the way.

You might be expecting to see a continuation of Devastation here, or maybe (preferably, some might say) another Cybertron title. But no, neither is in the works, officially anyway.

Instead fans are getting Transformers Battlegrounds, a… well actually we don’t quite know what it is. According to the press release, it’s a “tactical” game, which would certainly lead to the thinking that we’re looking at a strategy game.

“The TRANSFORMERS franchise is one of the most enduring and recognizable in the world of entertainment,” said Terry Malham, CEO of Outright Games. “It’s an honour to work with this beloved universe and these iconic characters to create a new and exciting TRANSFORMERS console game that families can enjoy together.”

UK developer Coatsink brings the timeless, legendary war between Autobots and Decepticons to life in a never before seen way. As the evilMEGATRON closes in on the Allspark, BUMBLEBEE and the Autobots need a new commander to help save Earth, as they team up and roll out into battles that will rage from Central City to Cybertron in both single player and multiplayer action.

Notice there’s no mention of Optimus Prime in there, even though he’s in the trailer and sampling of screens. Could Prime go missing in the course of the game? That’d explain the need for “a new commander” anyway.

Whatever the case, we’ll find out more soon enough. Transformers Battlegrounds is set to debut on the PS4, Xbox One, PC, and Switch this October the 23rd.

Jason's been knee deep in videogames since he was but a lad. Cutting his teeth on the pixely glory that was the Atari 2600, he's been hack'n'slashing and shoot'em'uping ever since. Mainly an FPS and action guy, Jason enjoys the occasional well crafted title from every genre.
@jason_tas
Previous Sony to reveal PS5 details today at 1pm pacific
Next PS5 revealed, here’s what the console looks like