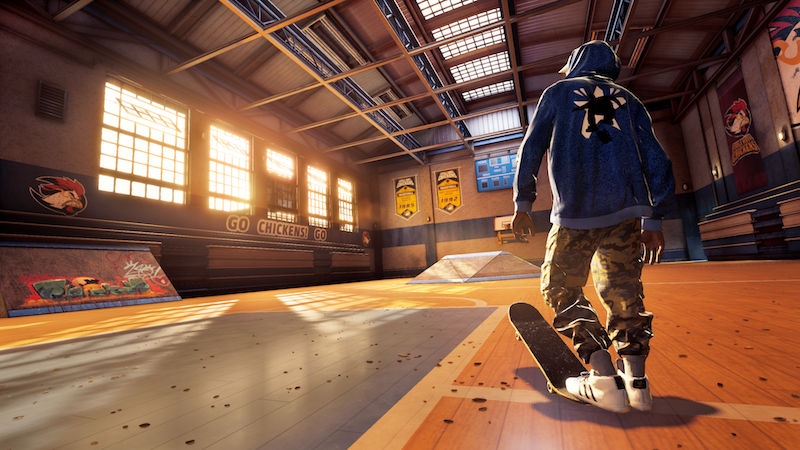 Tony Hawk’s Pro Skater is back with bundled remaster

In what looks more like a remake than a remaster, Activision has announced that Tony Hawk’s Pro Skater 1 & 2 are coming back this fall.

Even with the legacy that some skating titles have left, there’s really no comparison to the original Tony Hawk games. The titles are legendary in every way, and now they’re back.

“The original Tony Hawk’s Pro Skater series is a big factor in the evolution of modern skateboarding tricks and inspiring many of the pro skaters you know and love today,” said Tony Hawk. “I’m excited to help inspire a new generation of skateboarders and gamers – and existing fans – to grow the sport even further.”

That from Tony Hawk himself today, as Activision has made official they’re bringing the first two games in the series back for a modern audience. The titles will be bundled into a single remaster coming to the Xbox One, PS4, and the PC (Epic Games Store).

Honestly though, this mini-collection looks more like a total remake than a simple “remaster”. Check it out in action below.

Pretty great looking. Not to mention that it brings back a heck of a lot of great memories. If you remember these games fondly as well, then you’ll be happy to know that everything that was included in the originals will be back for this new go-around.

Everything old is new again

From Vicarious Visions, who you might remember from the Crash Bandicoot recreations, THPS1&2 will bring back most of what you remember from the originals, including the music. Activision says that the games will offer all of the “original levels, pro-skaters, old-school tricks and more that gamers remember from the ‘90s and ‘2000s”. It’s just that, obviously, it’s all going to look a ton and a half better.

Tony Hawk’s Pro Skater 1 and 2 will also include fan-favorite features from games across the entire original franchise, including revert, lip tricks, wall plant and original multiplayer game modes, both online and for local couch play. And yes, Create-A-Park and Create-A-Skater modes are back! New to Create-A-Park this time around is a robust editor enabling new ways of customization. Players will be able to share parks online with friends and outfit skaters with customization options. Additionally, fans can select their favorite skaters from the complete roster of original pro talent, including Tony Hawk, Bucky Lasek, Steve Caballero, Geoff Rowley, Andrew Reynolds, Elissa Steamer, Chad Muska, Eric Koston, Rodney Mullen, Rune Glifberg, Kareem Campbell, Jamie Thomas and Bob Burnquist. New features to the remaster include even more goals than before, added challenges to amp up gameplay and more.

Get ready to hit the parks again, Tony Hawk’s Pro Skater 1 & 2 arrive this fall, on September 4th. The game will be available in standard, as well as digital deluxe, and a collector’s edition that includes a limited Birdhouse deck.

Jason's been knee deep in videogames since he was but a lad. Cutting his teeth on the pixely glory that was the Atari 2600, he's been hack'n'slashing and shoot'em'uping ever since. Mainly an FPS and action guy, Jason enjoys the occasional well crafted title from every genre.
@jason_tas
Previous NECA’s Back to the Future figures ready for pre-order
Next The PS5 will launch with new PlayStation Studios