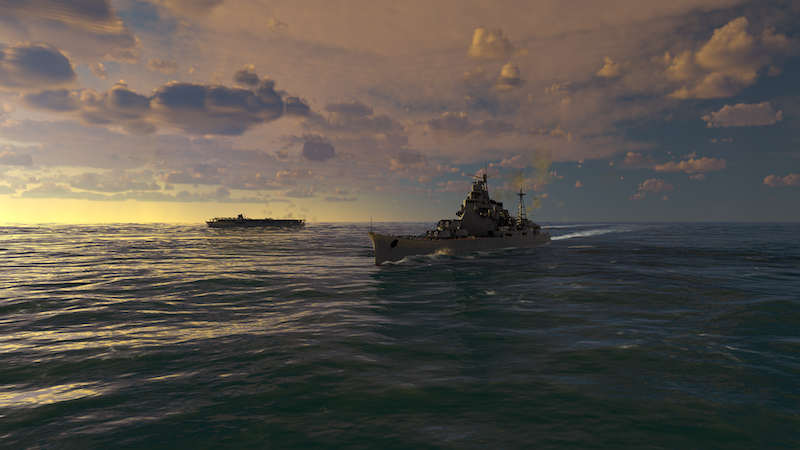 Long-gone publisher MicroProse is back in action once again, and has three new games to tout with Sea Power, Second Front, and Task Force Admiral.

Well, this is a surprise. But if you’re a PC gamer from the earlier days of the platform, then you know it’s potentially a good one. MicroProse was, after all, a powerhouse of a studio.

Originally created way back in 1982, MicroProse was mainly a creator of simulations. Those included some classics though, like “Falcon, F15 Strike Eagle, Silent Service, Gunship, Grand Prix, Civilization, B-17 The Mighty Eighth and X-COM series and many more “.

Now the studio has risen once again, and with three games already in the works. But that’s just the beginning, according to the Australian company. MP promises that its lineup will grow as more games are coming, and soon.

In the meantime though, here’s what’s in development right now:

Brought to you by the lead designer of Cold Waters, Sea Power lets you control NATO and Warsaw Pact forces in a modern naval conflict.

Whether it’s gunning it out with Boghammars in a surface duel, fighting off aerial attackers armed with long-range missiles, or hunting for enemy submarines with aircraft and surface ships, advanced weaponry and sensors are at your disposal.

Can you successfully hide your forces while detecting and tracking theirs? It is up to you to play an advanced game of cat and mouse on the high seas, to seize the initiative and attack with the advantage of surprise on your side. And at all times, you have to observe rules of engagement and take care not to cause an unnecessary incident that could lead to escalation. After all, you cannot really be sure just who that radar contact at 30.000 feet is, can you?

Second Front is the tactical WWII game that genre enthusiasts always wanted and never really got. Sporting a full-fledged 3D engine and an easy to use user interface, the game is easy to play but hard to master.

Playing a tactical game that is deeper than your average X-Com clone, with a competent AI and a powerful editor to create scenarios and campaigns has been the dream of tactical players for long.

Second Front comes with multiple campaigns covering different fronts of World War II and sporting German, American and Russian units. Scenarios are fought in a 60 turns battle cycle, from morning to night. Fight and rest or push your troops to the limit and press the attack. These are not set-pieces scripted battles but continuous emergent skirmishes with persistent loss, fatigue, and experience.

As the overall commander, you are in charge of seeking the destruction of the enemy naval forces and preventing your opponent, the Japanese Navy, from accomplishing its objectives. To achieve your aims, you have at your disposal the most fearsome sea projection weapon known to Man in 1942: your carrier air groups and the task forces that support them.

Forget about the limitations of the past and let the best of wargaming and simulation blend and blossom together in this new take on command at sea! Re-live the great battles of the first year of the Pacific War as if you were there yourself. In here there is no dice roll, no artificial skill-tree, no arbitrary stats, selective fog of war or supernatural crystal-clear communications. It is real-time crisis management for you, realism and historicity without concession, as little abstraction as can be, and loads of action, suspense and refreshing gameplay packed in the same single computer software.

Jason's been knee deep in videogames since he was but a lad. Cutting his teeth on the pixely glory that was the Atari 2600, he's been hack'n'slashing and shoot'em'uping ever since. Mainly an FPS and action guy, Jason enjoys the occasional well crafted title from every genre.
@jason_tas
Previous Online exclusive Udon x Capcom Sketchbook up for pre-order
Next Skater XL dated, hitting consoles and PC in July