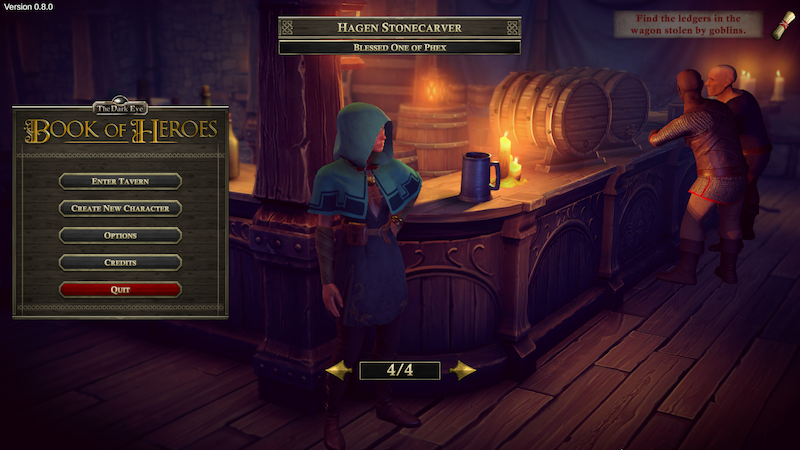 Based on the tabletop RPG series The Dark Eye, Wild River’s Book of Heroes is set to opens things up for new adventures on the PC this summer.

Are you familiar with The Dark Eye? There’s a chance that you’re not, which is especially dependent on where in the world you happen to be. While most of the planet counts Dungeons & Dragons as the most popular pen and paper, tabletop role-player, things are a bit different in Germany.

There, things are a little more about The Dark Eye, a game first released in the early 80s. Yes, it’s really been around that long. And if you’re a D&D fan, then chances are you might dig The Dark Eye. Their worlds seem pretty similar in themes, which is a good thing for the new video game based on TDE.

Yeah, not a heck of a lot of actual gameplay being shown off there. Still, what’s visible is promising, especially for aRPG fans. From developer Random Potion, the game sounds pretty faithful to the physical edition.

You’ll roll for your hero in Book of Heroes, and actually “create a backstory” for them as well. From there you head off into adventure in the world of Aventuria. Well, that and presumably slay a ton and a half of monsters.

Jason's been knee deep in videogames since he was but a lad. Cutting his teeth on the pixely glory that was the Atari 2600, he's been hack'n'slashing and shoot'em'uping ever since. Mainly an FPS and action guy, Jason enjoys the occasional well crafted title from every genre.
@jason_tas
Previous Modern Warfare 2’s remastered campaign is out now
Next Taskmaster joins DST’s Marvel Select line