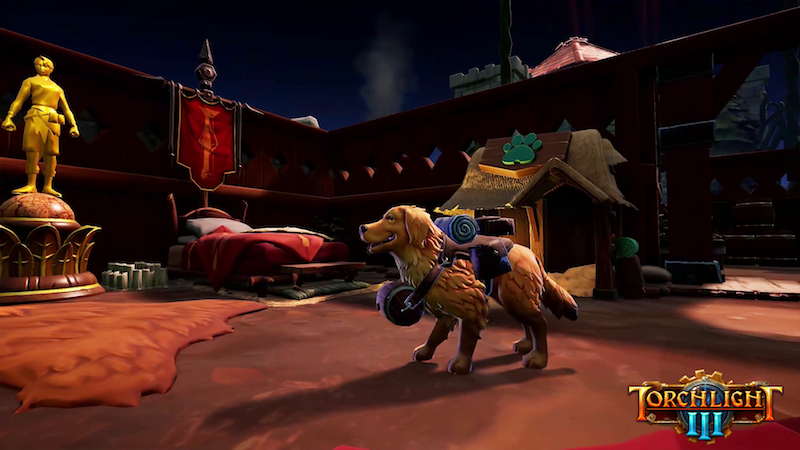 Build your hangout in Torchlight III

Torchlight III has transformed into a more traditional aRPG, but still brings some cool new elements. One of those is fort-building.

Every time that Torchlight III is shown off, it looks just that much better. The title looks great, and now plays like you’d expect a Torchlight game to play, which is a very good thing.

One new element that’s still being included though, is fort-building. Something that you’ll be able to begin very early in the game, players will be able to construct their own fortress out on Torchlight III’s frontier.

These will be fully customizable with trophies and more, and should add a little personal touch to the game.

When Torchlight III releases on PC later this year, players will have the opportunity to build and customize their very own fortress on the frontier. Forts allow each adventurer to leave their personal mark on the world, as these structures can be personalized and adorned with treasures that have been crafted or earned through combat. Forts also serve as an important hub where players can meet up with friends, progress their characters, plus swap out skills and entire armor sets.

While there might be endless possibilities in Torchlight III’s new fortress element, there is no release date for the game just yet. It’s still expected some time the year through, so stay tuned.

And in the meantime, you can read more on the fortresses here on the official TL3 blog.

Jason's been knee deep in videogames since he was but a lad. Cutting his teeth on the pixely glory that was the Atari 2600, he's been hack'n'slashing and shoot'em'uping ever since. Mainly an FPS and action guy, Jason enjoys the occasional well crafted title from every genre.
@jason_tas
Previous Nintendo Download: Retrieve the Legendary Mana Sword
Next Horror comes to consoles and PC next month in The Persistence