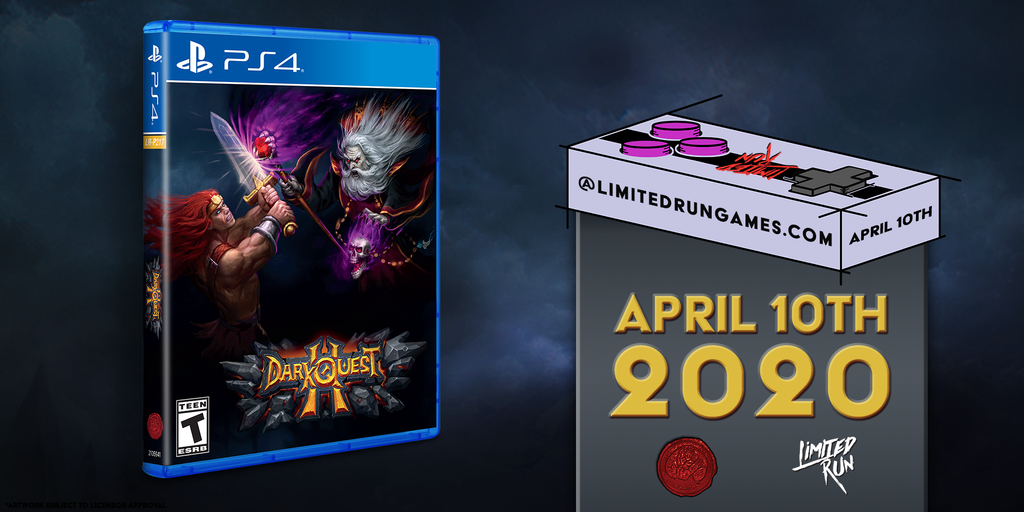 Limited Run Games remains a fan favorite of a shop. The retailer operates in conjunction with Best Buy, but does the vast majority of its business via its own online shop. These days that’s a good thing.

If you like indie games, then you might dig what they have on tap this week too. It’s a selection that includes shoot-em-up Black Bird, as well as Frane: Dragons’ Odyssey. There’s also Sea of Stars, though that one is a Kickstarter.

While all that’s great, this week also offers Dark Quest II. I had been wholly unaware of this one, but it’s worth a little extra noting since it’s apparently based on the all-time classic tabletop game called HeroQuest. Yes, that HeroQuest.

It’s not like it’s an official digital version of the game or anything, but if you’re a fan then this is definitely worth a look just for that reason. Sales will start this Friday for all of the above, though some will be of the super-limited variety.

Check out the official listing below for details on all.

Jason's been knee deep in videogames since he was but a lad. Cutting his teeth on the pixely glory that was the Atari 2600, he's been hack'n'slashing and shoot'em'uping ever since. Mainly an FPS and action guy, Jason enjoys the occasional well crafted title from every genre.
@jason_tas
Previous Baltimore Omnibus Vol.2 (Comics) Preview
Next Streets of Rage 4 shows off loaded roster