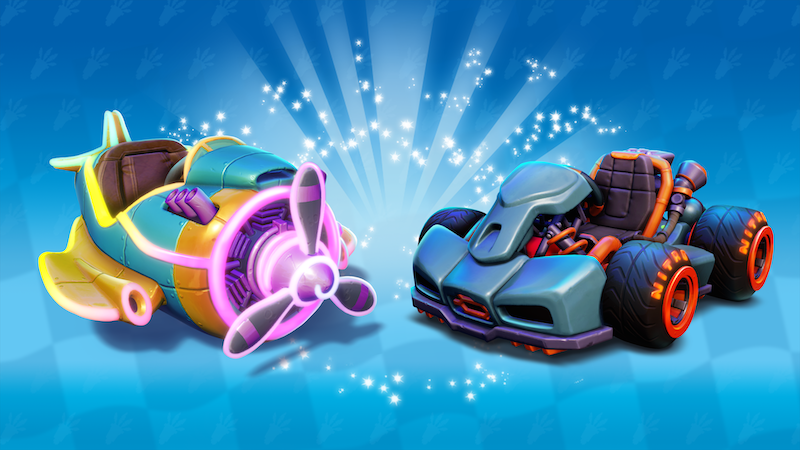 Been following Crash Team Racing Nitro-Fueled’s season of free “Grand Prix” DLC? Even though the season is over, Activision is pumping out more.

Grab yourself a Beenox Pack

From developer Beenox, Crash Team Racing Nitro-Fueled was one of the more unique kart racers of recent years. The game played more or less like the more traditional examples of the mini-genre. It also had some new elements as well however.

Featuring a central hub-world, CTR’s rebirth was no pushover. A tough game in general, the game had boss fights and a true story-mode. It even had a season of expansions that were free for owners of the base game.

While the selection of downloadable content packs has ended, there’s one more little ‘thank you’ gift that you can grab. That’s the Beenox Pack, which includes a bunch of upgrades for your kart, all themed to the developer. You also get auto unlocks for Crunch and Geary, and get to race ghosts of some of the Beenox team.

Here’s what all is included:

Beenox is putting its bumper sticker all over the bonus new content pack, with Beenox-themed skins, kart, paintjob and wheels, and, for players who haven’t already unlocked them, an automatic unlock of popular characters Crunch and Geary (the latter will also be fully decked out in a legendary skin for the first time ever!). Players can now go head-to-head with the very best as they race against new ghost times in the Time Trial mode that represent the fastest laps completed by Beenox’s development team, with the reward being an amazing new set of Legendary Wheels. For beating best times by Oxide and Velo, racers will be awarded new signature decals, along with a Champion Kart (if not already unlocked) for those who prevail across all of Oxide’s Time Trials. Players who have already beaten these times will have this content unlocked automatically.

Perusing the Pit Stop, players will find three new characters, two new karts, a selection of new Legendary Skins, kart customization items and more. Due to popular demand, Beenox is rewarding players with a new version of Rilla Roo, dubbed “Fixed Rilla Roo”, who will be in the Pit Stop rotation for players who haven’t unlocked him yet. Players who have unlocked the old version of Rilla Roo will automatically get “Fixed Rilla Roo” while being able to keep the old one. Finally, items from each of the eight CTR Nitro-Fueled Grand Prix seasons will also reappear and rotate through the Pit Stop.

Jason's been knee deep in videogames since he was but a lad. Cutting his teeth on the pixely glory that was the Atari 2600, he's been hack'n'slashing and shoot'em'uping ever since. Mainly an FPS and action guy, Jason enjoys the occasional well crafted title from every genre.
@jason_tas
Previous Saints Row IV out now on Switch
Next Check out the newest selection of Gears Tactics screens