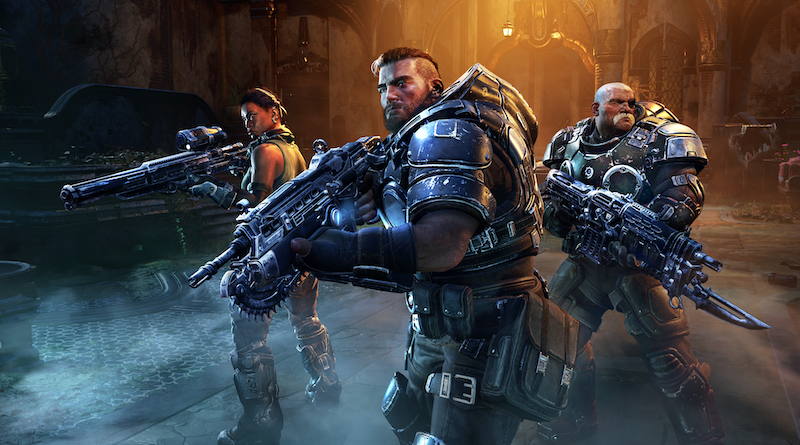 Microsoft’s upcoming strategy take on Gears of War is apparently still rolling along, and they’ve got a new bundle of screenshots to prove it.

Gears Tactics is an interesting game, to say the least. A strategy title set in the Gears of War universe is pretty unique after all. Then again, we actually wrote about just that in a ‘Make This Game’ feature a few years back. So maybe it’s a better fit than you might think at first glance.

It’s also a game that I keep forgetting exists. In my defense, there hasn’t been too much in the way of hoopla surrounding it since it was announced in 2018. That’s of course changed over the last few months. And this week we got a fresh serving of screenshots, showcasing a bit more of the game.

If you haven’t been following along with the game’s development, Gears Tactics is an old school Gears of War experience in every way but the gameplay. Tactics takes Gears’ world back to where it all began, the first days of the war with the underground-dwelling Locust.

As such, Marcus Phoenix and his crew aren’t front and center. Gamers will have an all-new cast to play with instead, and a new (as it can be) story to play through.

That’s awesome for any fan, since the original era still seems the most popular. For that matter, if you’re in the camp that thinks Gears’ story isn’t as interesting as it once was, this should be one to watch as well.

You’ll finally get to play it when Gears Tactics goes into action on April 28th for the PC and Xbox One.

Jason's been knee deep in videogames since he was but a lad. Cutting his teeth on the pixely glory that was the Atari 2600, he's been hack'n'slashing and shoot'em'uping ever since. Mainly an FPS and action guy, Jason enjoys the occasional well crafted title from every genre.
@jason_tas
Previous Crash Team Racing gets free bonus content
Next Diamond’s massive fall ’20 preview includes Marvel, DC, NBX, John Wick, and more