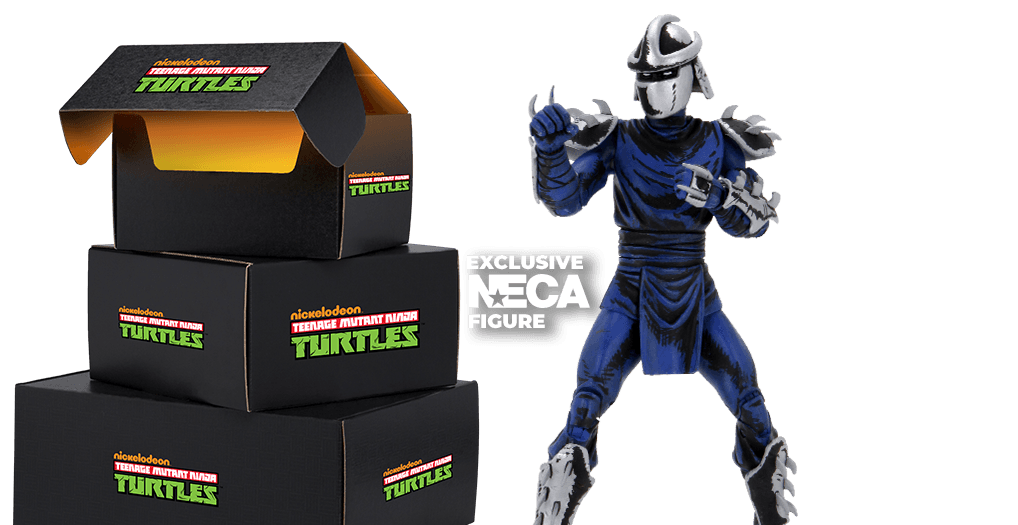 Get ready for even more Heroes on the Halfshell. NECA has added another 3 Loot Crates with a new subscription option packed with exclusives.

Last year NECA, maker of some pretty awesome toys, teamed up with Loot Crate, sender of goodie-stuffed boxes, for a TMNT collector crate. The pack celebrated the 30th Anniversary of the TMNT feature film, and included the usual assortment of Loot Crate items. That shook out to be stuff like a t-shirt, but also an exclusive Ninja Turtles figure.

Apparently it was a success for all parties involved, because that one-off has now become a series. A total of three new crates were announced today. They’re each focused on a different TMNT incarnation, with one for the classic Mirage Comics, one for the arcade game, and one for the original animated show.

If you sub to all of them, you’ll also get a mystery fourth figure as a bonus. But that’s not all folks. You can also buy into a deal that has last year’s 30th Crate, complete with Spirit of Splinter figure. That one’s otherwise unavailable, FYI.

Crate #1 has been more or less revealed as of now, as we know the figure. It will include a blue version of the Mirage Comics Shredder. Crates 2 and 3 are a little more shadowy, but it looks like #2 (NECA just confirmed via Twitter that it’s neither), and Crate 3 could be a new version of cartoon Rocksteady. I’m just going by the images that LC used in their promo art for my guesses there.

The Crates will run you $49.95 USD each, whether you buy one (with options for the rest) or the 3 pack that includes the as-yet-unrevealed bonus figure. If you go all-in, you’re looking at $81.60 USD a Crate, since the prices are adjusted to take the 30th Anniversary, Spirit of Splinter Crate into account.

Jason's been knee deep in videogames since he was but a lad. Cutting his teeth on the pixely glory that was the Atari 2600, he's been hack'n'slashing and shoot'em'uping ever since. Mainly an FPS and action guy, Jason enjoys the occasional well crafted title from every genre.
@jason_tas
Previous Limited run gets Samurai Showdown V and more this week
Next 2019 Brutal Gamer Awards: The Genre Bests