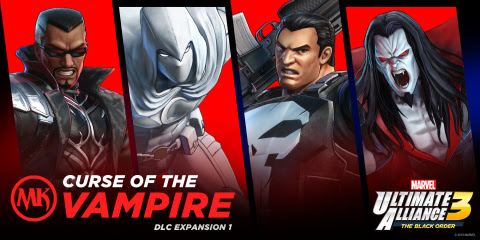 Nintendo has plenty of stuff coming up, including new games and downloadables for existing titles, here in 2019.

Once again here in the Switch era, Nintendo has had a pretty bang-up year. Between the triple-A stuff and the indies, the company’s latest console is gong strong and there’s no sign of it letting up.

Take what Nintendo has planned for the rest of the year for example. There’s a massive title incoming with The Legend of Zelda: Link’s Awakening, but there are plenty of other things to get excited about too.

Pokémon Sword and Pokémon Shield are both on target for November, The Witcher 3 arrives in October, and the first expansion for Marvel Ultimate Alliance 3 is set to deliver a burst of fresh content as well. All in all, there’s a lot to look forward to.

Jason's been knee deep in videogames since he was but a lad. Cutting his teeth on the pixely glory that was the Atari 2600, he's been hack'n'slashing and shoot'em'uping ever since. Mainly an FPS and action guy, Jason enjoys the occasional well crafted title from every genre.
@jason_tas
Previous Hot Wheels enters the video game arena with new mobile title
Next Sam’s Club makes a play for gamers with gaming desks and chairs