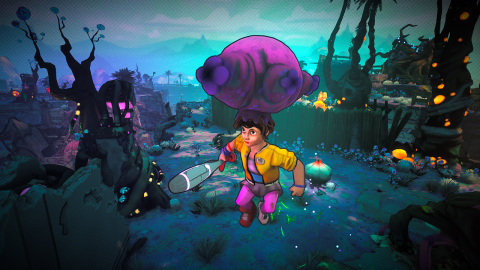 It’s a RAD week for the Switch! Well… maybe not. There actually isn’t much this week, though we do get RAD, which has been a long time coming.

Yes, RAD is another post-apocalyptic game. It’s a little different from what you’ve seen before though. Firstly, it’s a roguelike (which just immediately turned off a bunch of gamers). Secondly, you play as a teenager, which makes RAD’s hero starkly different from most grizzled protagonists. And thirdly, it’s filled with vibrant colors. Okay, maybe you have seen some of this before.

RAD does look pretty cool though, and it’s definitely the headliner this week. As for what’s backing it up though, it’s a pretty barren field. There’s Oninaki, PC building Simulator (which has gotten a little press), and a bunch of other games you’ve probably never heard of.

Jason's been knee deep in videogames since he was but a lad. Cutting his teeth on the pixely glory that was the Atari 2600, he's been hack'n'slashing and shoot'em'uping ever since. Mainly an FPS and action guy, Jason enjoys the occasional well crafted title from every genre.
@jason_tas
Previous New Superman and Hellboy Previews exclusives on the way
Next Marvel preps exclusive #1000 variant for D23