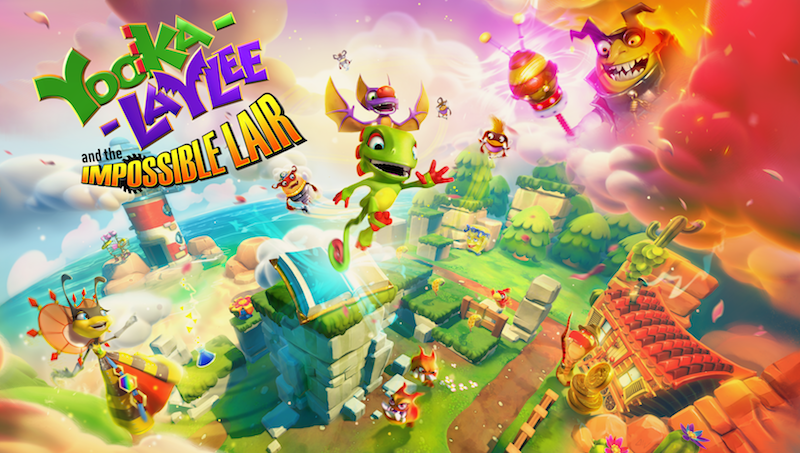 Building on the original, the new trailer for Yooka Laylee and the Impossible Lair showcases the fresh style of the sequel.

The original Yooka-Laylee was pretty much a spiritual successor to Banjo Kazooie. It was also a 3D action title. One of those things is changing though, for the upcoming sequel.

That is to say that Yooka-Laylee and the Impossible Lair will be a split title terms of gameplay. It’ll feature a 3D overmap, with 2.5D(-ish) gameplay when in-levels. So this one is much more of an old school action/platformer than the original game.

That’s not to say that it’s a simple title though. There’s a lot that Team 17 is building into Impossible Lair, and that includes the ability to alter levels completely. That might not make sense when you see it written, but have a look at the trailer below and you’ll see what I mean.

However, there’s more! As the colourful duo traverse through the overworld, Yooka and Laylee will discover new secrets and puzzles which can dynamically transform each level, increasing the total number of levels to 40! Spark some change by hooking up electricity, flood chapters with running water or literally flip them upside down for radically altered challenges.

Yooka-Laylee and the Impossible Lair hits the Nintendo Switch, PS4, Xbox One, and PC later this year. Both physical and digital editions will be available.

Jason's been knee deep in videogames since he was but a lad. Cutting his teeth on the pixely glory that was the Atari 2600, he's been hack'n'slashing and shoot'em'uping ever since. Mainly an FPS and action guy, Jason enjoys the occasional well crafted title from every genre.
@jason_tas
Previous Slate of Mary Jane variant covers coming from Marvel
Next New ROM comic tells of Dire Wraiths and moon landings