The toy giant is back. In a way anyway, since the new company in command of Toy R Us is different, and has some different ideas for the brand.

The (sort of) return of a legend

It was only last year that Toys R Us faded away, pushed into oblivion by a seeming myriad of issues. Unable to keep up with online stores, not stocked with what people wanted, and over-stocked with stuff they didn’t, were just a few problems the chain had.

When it was gone though, TRU left a black hole in the retail landscape. The “toy store” was gone. In its place was left only big-boxers like Target and Walmart. And however you feel about those stores, Toys R Us they are not.

So it’s kind of a good thing TRU is back then.

Just announced is that TRU Kids, the new parent of Toys R Us, will be opening two brand new stores by this holiday season. And before you start thinking this is vapor like with Kay Bee, they’ve already announced locations.

The Galleria in Houston, Texas, and the Westfield Garden State Plaza in New Jersey will play host to the shops. These won’t be your typical Toys R Us’ either, thanks to an agreement with b8ta.

B8ta is a company that basically focuses on punching up the retail experience. They seem to be heavier on the “experience” side of things. Not that the new TRU’s will lack stock, ’cause they won’t. They’ll just be overall smaller stores, and be a more “highly-engaging retail experience designed for kids, families, and to better fit within today’s retail environment” according to Richard Barry, CEO of Tru Kids.

Stay tuned too, while TRU Kids will be opening these two locations this holiday, there are plenty more coming. The company says it plans on cracking the doors on additional stores in 2020.

Jason's been knee deep in videogames since he was but a lad. Cutting his teeth on the pixely glory that was the Atari 2600, he's been hack'n'slashing and shoot'em'uping ever since. Mainly an FPS and action guy, Jason enjoys the occasional well crafted title from every genre.
@jason_tas
Previous SDCC 19: Robotech Remix on the way from Titan
Next SDCC 19: Marvel brings back the frames for 80th 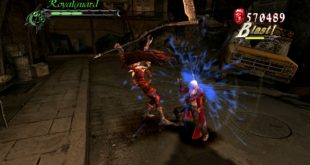 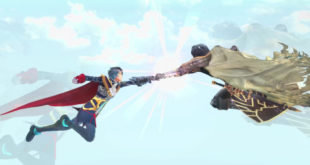