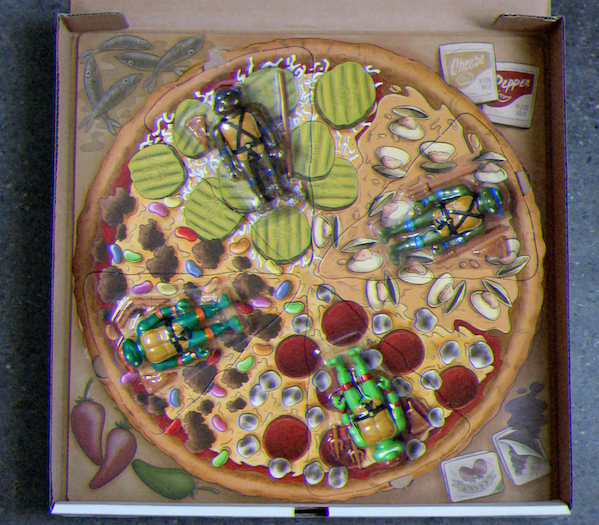 Super7 is planning a big SDCC, with tons of new reveals and a slick lineup of exclusives. Among them is a special box set of ReAction Ninja Turtles.

Over 100 new toy and “collectible lifestyle” reveals are set for SDCC in San Diego next week according to Super7. The toy maker has come into its own in the last few years, with some incredible licenses and a popular series’ of niche collector lines.

ReAction is one of those, and expands at Comic Con with none other than the Teenage Mutant Ninja Turtles. This is a fresh IP for the ReAction line, and it’s not too clear if it’ll be continuing into the future, or if this is a one-off convention exclusive. My money is on the former. These sculpts are too cool not to be used again in a wider, less awesomely-packaged release.

All of the below can be found at the Super7 booth on the show floor, which is set to be number 2543. That’ll be a new location for the company, which is now across from the vast (and traditionally empty) Marvel booth.

Here’s what’s on the way for the Con:

Jason's been knee deep in videogames since he was but a lad. Cutting his teeth on the pixely glory that was the Atari 2600, he's been hack'n'slashing and shoot'em'uping ever since. Mainly an FPS and action guy, Jason enjoys the occasional well crafted title from every genre.
@jason_tas
Previous Numskull Crash Team Racing mug (Gear) Review
Next The Art of Doom Eternal revealed