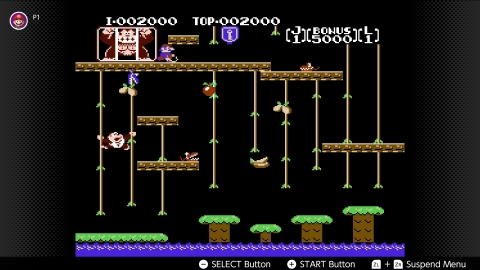 Say what you want about the Switch’s online plan, but it’s not shy on NES games. Nintendo has quietly updated the console’s offerings to over 40.

The virtual NES that comes as a part of the Nintendo Switch’s online plan is more of a bonus than a freebie. After all, it’s not like the plan is free to take part in. Users do have to pay a fee, as low as it is.

And as a nice little bonus for that payment, Switch gamers get NES games. Playable any time, the virtual NES is an app that’s accessible from the Switch’s main menu. Once you open it up, you’ll find yourself greeted with what’s become a terrific little library.

As of May 15th, that set of titles grows to over 40. Donkey Kong Jr., Vs. Excitebike, and Clu Clu Land are all on the way.

Jason's been knee deep in videogames since he was but a lad. Cutting his teeth on the pixely glory that was the Atari 2600, he's been hack'n'slashing and shoot'em'uping ever since. Mainly an FPS and action guy, Jason enjoys the occasional well crafted title from every genre.
@jason_tas
Previous Disney pumps the breaks on Fox’ X-Men movies
Next McFarlane’s Game of Thrones action figures arrive