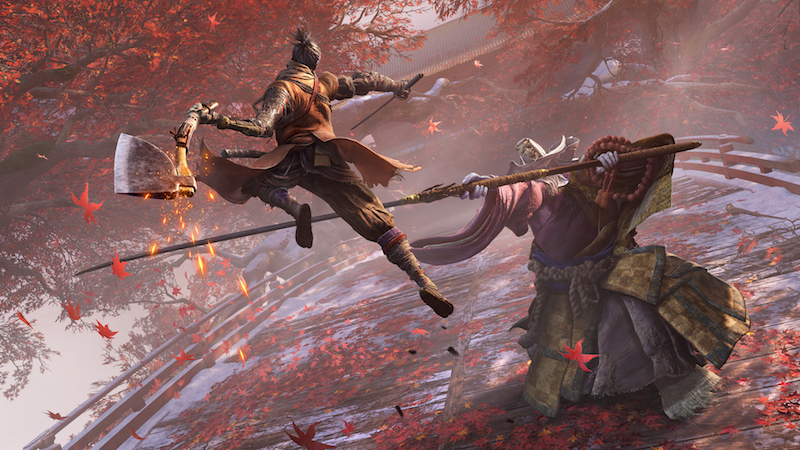 “Sekiro: Shadows Die Twice has brought something very special and unique to Activision’s portfolio of games. It’s been an honor to work with FromSoftware to help introduce a brand-new franchise to gamers around the world,” said Michelle Fonseca, Vice President of Product Management and Marketing at Activision. “The fans have made Sekiro: Shadows Die Twice one of the most incredible game launches of 2019 thus far. The game has performed well on all platforms including PC and we’re excited by the continued support from gamers and critics alike. It has been gratifying to see the enjoyment from fans when they overcome each challenge.”

It’s almost hard to believe how well From’s Sekiro has done. Even though it’s not as tough as some others from the dev, the game is no cakewalk. But the cool ancient Japan aesthetic, tight gameplay, and awesome gimmick of the slick prothetic arm seem to have won gamers over.

And I mean that in a big way. According to Activision, Sekiro has sold 2 million copies in its first 10 days of sale. That’s combined across the PS4, Xbox One, and PC mind you, but it’s still a stunner.

Additionally, Activision also says that Sekiro has accumulated some 631 million minutes of programming watched on Twitch in its opening weekend. Stretch that number out a bit and you get 1.1 billion. That’s how many Sekiro-minutes were viewed on the streaming platform in the first week.

We’re working on a review of the game right now. If we can stop playing/dying for more than a few minutes at a time we’ll have that coming up ASAP, so keep an eye out.

Jason's been knee deep in videogames since he was but a lad. Cutting his teeth on the pixely glory that was the Atari 2600, he's been hack'n'slashing and shoot'em'uping ever since. Mainly an FPS and action guy, Jason enjoys the occasional well crafted title from every genre.
@jason_tas
Previous It’s everything vs you in the new Rage 2 trailer
Next Microsoft kicks off Xbox Spring Sale