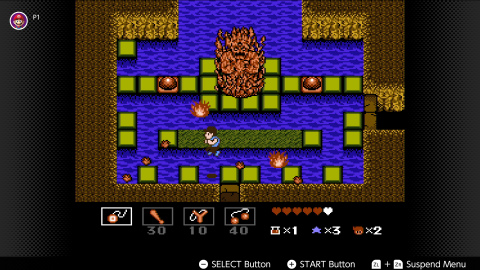 Kid Icarus and StarTropics coming to Switch this month

Nintendo Switch’s subscriber-exclusive virtual NES is getting two more classics. Both Kid Icarus and StarTropics are landing on the service.

I think we’re well past the point where gamers could look at Nintendo’s virtual NES with a critical eye. The free platform (for online service subscribers) started off well and has been supported steadily ever since.

We’ve seen no shortage of classic games, with them hitting in pairs (at least) once a month. March sees just that, with 2 more games arriving. They’re real classics too, with both Kid Icarus and StarTropics posting.

Both games will be available as of March 13th.

Jason's been knee deep in videogames since he was but a lad. Cutting his teeth on the pixely glory that was the Atari 2600, he's been hack'n'slashing and shoot'em'uping ever since. Mainly an FPS and action guy, Jason enjoys the occasional well crafted title from every genre.
@jason_tas
Previous Play Ball! RBI Baseball 19 hits consoles
Next New reveals and Mortal Kombat 11’s story in new trailer