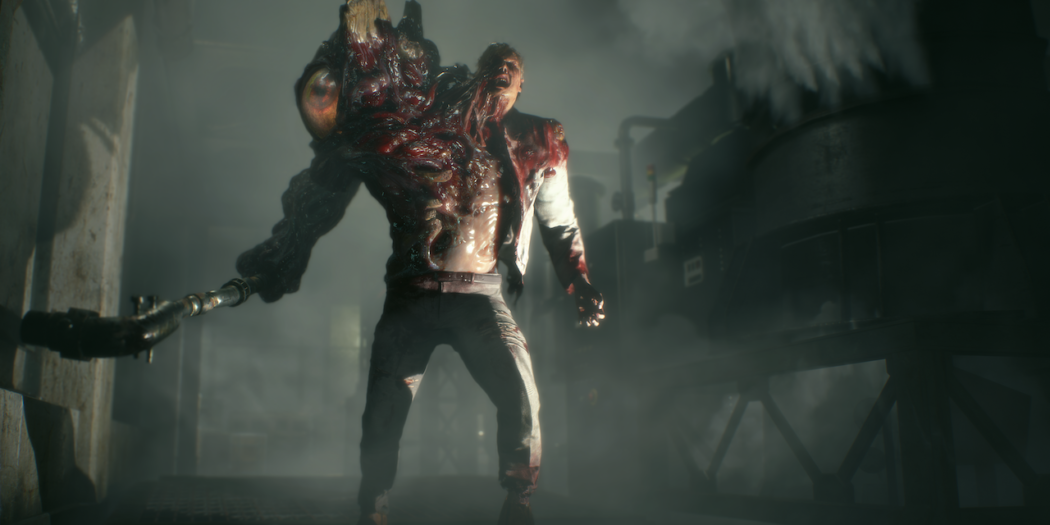 Get the latest look at the stunning Resident Evil 2 remake

The Tokyo Game Show trailer for Capcom’s remake of Resident Evil 2 is online, and it’s a knockout. A bloody knockout. With a giant eyeball.

Delve deeper into the gripping events taking over Raccoon City, and follow the journey of rookie police officer Leon S. Kennedy and college student Claire Redfield as they begin to uncover what’s behind the terrifying zombie outbreak.

As both Leon and Claire embark on their own campaigns independently, their collective experiences piece together a comprehensive story uncovering the malicious motives behind the nightmare engulfing the city, the truth behind the nefarious Umbrella Corporation, and the Birkin family’s role in the tragedy.

The trailer also introduces some of the evil foes and potential allies that players can expect to encounter including the iconic series femme fatale Ada Wong, mysterious Annette Birkin and Chief Officer Brian Irons.

As a fan myself, I can’t wait to actually play what Capcom’s cooked up. Not that I’m alone on that one. RE2 is already a favorite for many of the series’ fans. With the flat-out stunner of a visual upgrade that’s on display here, it’s about to reach a whole new generation.

Of course, there are still a few months to go. Resident Evil 2 doesn’t arrive on the Xbox One, PS4, and PC till January the 25th.

Jason's been knee deep in videogames since he was but a lad. Cutting his teeth on the pixely glory that was the Atari 2600, he's been hack'n'slashing and shoot'em'uping ever since. Mainly an FPS and action guy, Jason enjoys the occasional well crafted title from every genre.
@jason_tas
Previous Get your first look at Warhammer: Chaosbane in 2 new trailers
Next Sega announces first two titles for Nintendo Switch’s Sega Ages