Nintendo’s Switch online service is live, NES games and all

The fateful day is here. Online play on Nintendo’s Switch is now behind a paywall. But it’s fairly low priced, and you do get a good deal of stuff.

The Switch is online

In all fairness, I guess the Switch has always been online. It’s just that now you have to pay to play, though as I mentioned it’s no great amount of cash. Who’s to say if it goes up or not, but right now a year of Nintendo’s online service is just $20 USD. That is not too bad at all for most gamers, and Nintendo has sweetened the pot considerably.

While you won’t find current games going free a’la Microsoft and Sony, there is some free classic gaming to be had. A total of 20 NES games are posted right now, available via one download that effectively adds a NES “channel” to your Switch. Nintendo promises that more are on the way too. So there’s no telling how many titles will be going free for subscribers.

If the company plans on growing it exponentially though, then the NES offerings could become a Virtual Console unto themselves. And actually, it could be a heck of a lot better than the legacy versions of the VC. 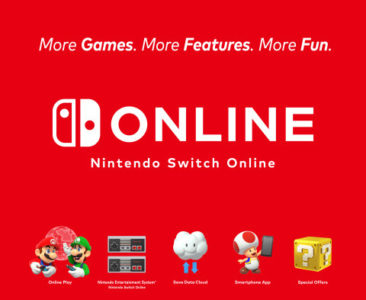 Here’s all of what the service gets you:

Jason's been knee deep in videogames since he was but a lad. Cutting his teeth on the pixely glory that was the Atari 2600, he's been hack'n'slashing and shoot'em'uping ever since. Mainly an FPS and action guy, Jason enjoys the occasional well crafted title from every genre.
@jason_tas
Previous Sony announces PlayStation Classic, includes 20 games for $99
Next Amazing Spider-Man #8-10 to get series of Black Cat covers