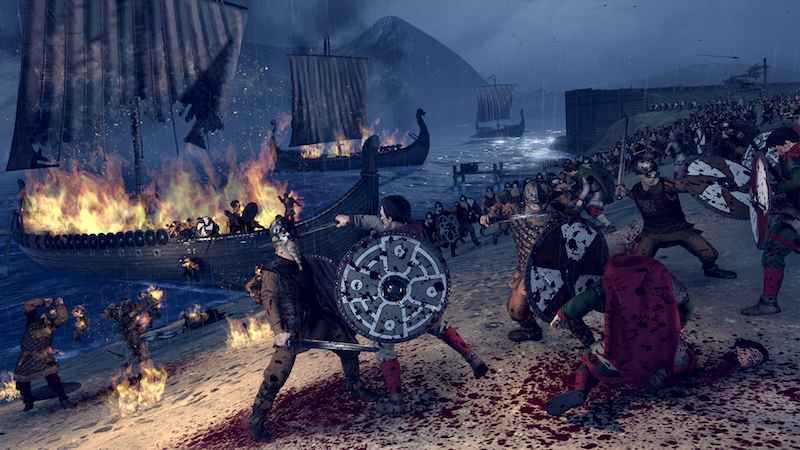 Prepare for war, Total War is expanding with Thrones of Britannia’s Blood, Sweat, and Spears pack. Yes, it’s exactly what it sounds like.

Well. That might be the bloodiest trailer for a strategy game I’ve ever seen. I mean, yow, heads rolling, arms getting chopped off, gore dripping everywhere… that’s something to see. And I’d imagine that if you’re a fan already, you’re going to want to grab this new pack from Sega and Creative Assembly.

Actually, if you own the Blood & Burning pack for Total War: Attila, you kind of already have this. Obviously, you need to have the base game too, but those who also own Attila and B&B get to download this pack for free. Pretty cool!

In addition to all of the above, the Allegiance Update is live for Thrones of Britannia as well. That includes a bunch of upgrades for the game.

“This major overhaul updates and rebalances many areas of the game based on player feedback. Introducing greater depth and granularity to politics, improved battle AI and a new system for issuing decrees, the update also heralds the new Allegiance mechanic – a system which simulates the trials facing a faction that expands to capture new territory. For more on the update, check out this video.”

Jason's been knee deep in videogames since he was but a lad. Cutting his teeth on the pixely glory that was the Atari 2600, he's been hack'n'slashing and shoot'em'uping ever since. Mainly an FPS and action guy, Jason enjoys the occasional well crafted title from every genre.
@jason_tas
Previous Call of Duty: WWII’s Shadow War DLC pack is now available
Next Knights of the Golden Sun #1 (Comics) Preview