HBO will have a pair of exclusive items on the show floor at SDCC next month. If you like Dorbz and Pop!s (and dragons), you’re in luck.

I don’t remember HBO having any high profile exclusives at past cons, so this might be something new. Maybe. I could easily be wrong. In any event, Home Box Office has a pretty nice exclusive-duo set for release at the show. Both of them focus on Game of Thrones, as you might imagine. Both of them are Funko-powered too, with a Pop! of Olenna Tyrell and a set of dragon Dorbz.

If you’re a pop culture fan of any ilk, you know what Pop!s are. This one showcases Tyrell, who was one of the more popular characters on GoT, in her robes with a glass of wine. Is it poisoned? I guess that’s up to you.

As for the Dorbz, those are a little less well known. Dorbz are a somewhat new form-factor for Funko, and are basically a smaller and cutesier version of Pop!s. Yes, I said cutesier. No, you’re wrong, it is possible.

Available at the HBO booth on the show floor (I think, it wasn’t in the press release),  here’s your official rundown: 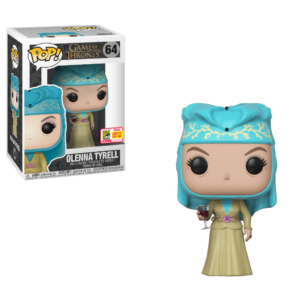 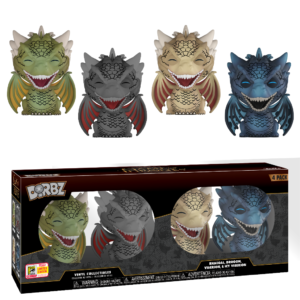 Jason's been knee deep in videogames since he was but a lad. Cutting his teeth on the pixely glory that was the Atari 2600, he's been hack'n'slashing and shoot'em'uping ever since. Mainly an FPS and action guy, Jason enjoys the occasional well crafted title from every genre.
@jason_tas
Previous Marvel Comics reveals Spider-Geddon with complete teaser image
Next Fantastic Four #1 gets yet another variant cover announced