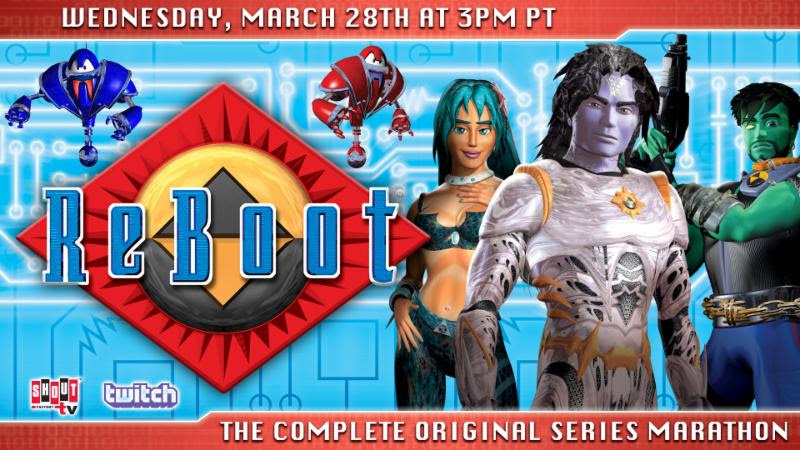 Before Reboot reboots, check out Shout! Factory’s marathon on Twitch

Reboot was an animated show from the early days of computer animation back in the 90s. It’s about to come back big time. But before it does, make sure you check out the Shout! Factory marathon of the complete series on Twitch.

I’m constantly surprised at how well this show is remembered. When it was originally on the air, and subsequently revived, I don’t think there was much of a fan following at all. Maybe a small but vocal one, but that was about it. I certainly don’t remember it at any rate.

Though maybe that’s just me, because the cartoon is on the way back via a (wait for it) reboot. But before it does make that return, Shout! Factory TV will be airing all 47 episodes of the original show. So if you’re a little lacking in your recollection of the show, or have never seen Reboot and think it looks neat, then you’re in luck.

The full four-seasons will hit Twitch on March the 28th, beginning at 3pm Pacific. Along with all the episodes, you’ll also be treated to a selection of special features, including:

Oh, and if you prefer to watch on your own time, all of Reboot’s season are available in their entirety via Shout!’s online video platform. You can check that out here.

Jason's been knee deep in videogames since he was but a lad. Cutting his teeth on the pixely glory that was the Atari 2600, he's been hack'n'slashing and shoot'em'uping ever since. Mainly an FPS and action guy, Jason enjoys the occasional well crafted title from every genre.
@jason_tas
Previous DST’s 7th wave of Ghostbusters figurers slimes stores this week
Next Playmobil The Real Ghostbusters Ray Stantz Skybike (Toy) Review