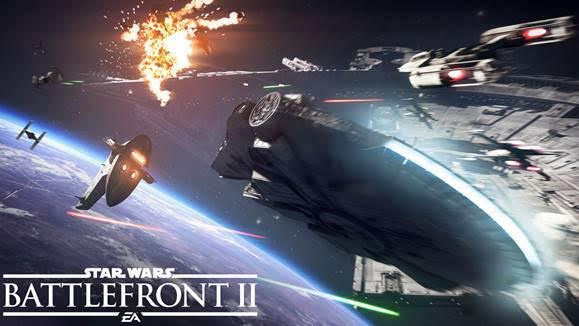 The fans have spoken, and EA has listened. The Crates and Progression system in Star Wars Battlefront II has undergone a little change.

Star Wars fans, EA is listening to what you have to say about Battlefront II. No, seriously, they are. The fallout from the Beta test for the game is kind of proof of that. Maybe “fallout” is the wrong word, but you get my drift.

There was some player feedback to the publisher about the progression system in Battlefront II, as well as the Crates. And shockingly, some of what’s been altered (according to that feedback) is kind of a big deal.

Now as you might imagine, that’s all multiplayer stuff. The beta was all about that after all, and the single player campaign, which is a focal point for the game, is already pretty well set in stone.

On that multi though, EA says they might not be done changing things. The company says that they’ll “be continuously looking at player feedback to help fine tune and improve this system and others in the game, as we’re committed to keeping the community together including releasing all post-launch content for free and going to make sure that the game is fun for everyone.”

Not bad EA. Not bad at all.

Star Wars Battlefront II lands on consoles and the PC this month.

Jason's been knee deep in videogames since he was but a lad. Cutting his teeth on the pixely glory that was the Atari 2600, he's been hack'n'slashing and shoot'em'uping ever since. Mainly an FPS and action guy, Jason enjoys the occasional well crafted title from every genre.
@jason_tas
Previous The Nintendo Switch needs more ports. Here are some titles begging for an appearance
Next It’s Minimate Ragnarok! New Thor ‘mates hitting Walgreens and TRU