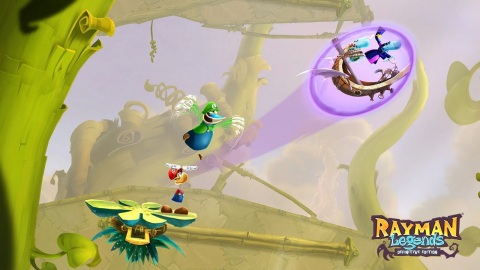 Monster Hunter stories arrives in this week’s Nintendo Download for the Switch. It’s joined by the likes of Rayman Legends… and Double Dragon.

Yes, it’s Monster Hunter week 3DS fans. The game series finally makes its way back to the Nintendo handheld with a new title that looks like it should make gamers pretty happy. And if you’re unsure about it, you could always grab the demo first. It’s also available today.

Rayman Legends also hits this coming Tuesday for the Switch, and I can attest to the fact that it both looks and plays great. There’s a lengthy demo up on the eShop for that one, and I’ve had the chance to play quite a bit of it. It’s good stuff.

In addition to the above, Double Dragon IV lands this week too… to zero fanfare. I honestly don’t know why, since the game looks like a nice tribute to the former glory of the series. It’s got the 8bit looks and everything- and it picks up after DDII. I loved the NES days of DD, so I know I’m in for this.

Looking for something else? Check out the full listing below (spoiler: There’s a NEO GEO game). 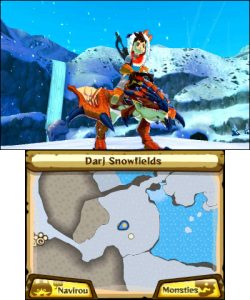 Jason's been knee deep in videogames since he was but a lad. Cutting his teeth on the pixely glory that was the Atari 2600, he's been hack'n'slashing and shoot'em'uping ever since. Mainly an FPS and action guy, Jason enjoys the occasional well crafted title from every genre.
@jason_tas
Previous Denver’s Akihabara provides a new mecca for gamers
Next Bandai Namco talks Dragon Ball Xenoverse 2 features on Nintendo Switch