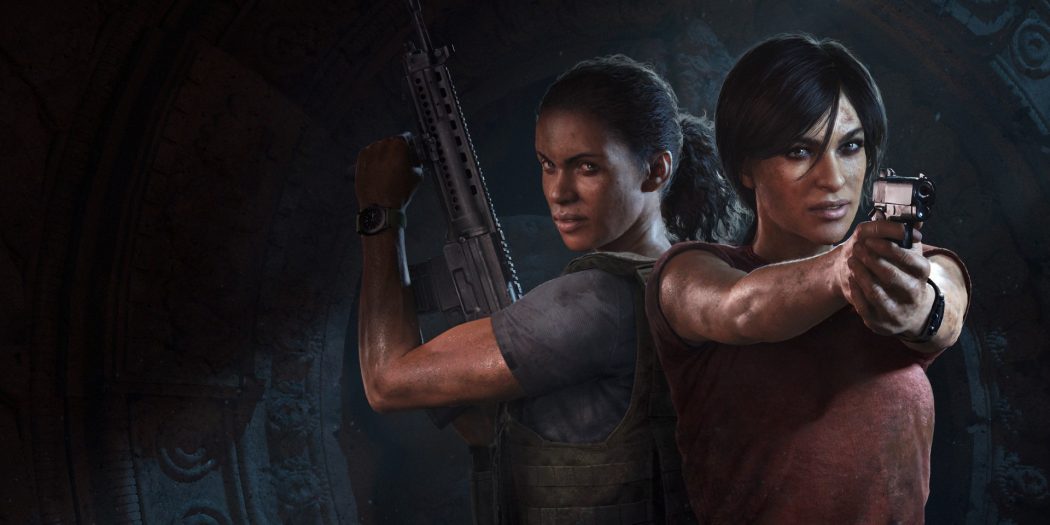 It can be safely said that the “Uncharted” series will be just fine without Nathan Drake.

When it was announced the DLC for “Uncharted 4” had evolved into its own offshoot title starring longtime side character Chloe Frasier and newcomer Nadine Ross, some were skeptical about how well the series would fare after sending its main hero off with no way of returning. “Lost Legacy” puts all of those doubts to rest, providing a return to the series’ roots while also sewing hope for new story lines focused on fleshing out the series’ capable new protagonists.

“Uncharted: The Lost Legacy” follows Chloe Frasier after the events of the fourth game, hot on the trail of an ancient treasure known as the Tusk of Ganesh. Hidden away in a long lost city, she has tracked it down using clues left behind by her father during his own search. The only problem is that a brutal revolutionary leader named Asav is also after the Tusk and willing to do anything to get his hands on it.

Enter Nadine Ross. Disgraced after losing her mercenary company Shoreline at the end of the last game, she has agreed to work with Chloe to outsmart Asav and use her share of the profits from the treasure to rebuild her company. Both chasing their own goals, the two must work together to uncover the Tusk before Asav can use it to achieve his dark ambitions.

The story is a return to the action flick spectacle of the original three games. Explosions, gunplay and adventure are matched by light hearted banter and jokes between the characters, making for an adrenaline packed ride that flies by. It’s a nice change of pace from the more somber tone of “Uncharted 4” and makes for a game you can lose yourself in much more easily, enraptured by how the two heroes will work their way out of the latest obstacle. 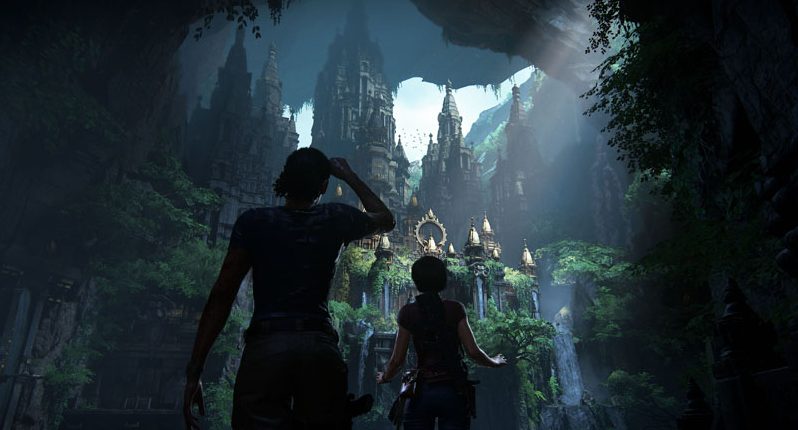 Of course, this is all thanks to the phenomenally written characters of Chloe and Nadine. Both feel fleshed out and believable with clear ambitions of their own. Chloe’s desire to bring closure to her father’s hunt for the Tusk, Nadine’s drive to re-establish her livelihood and the clashes these desires bring make the story all the more enthralling, especially as the two learn more about each other and build up a trust in one another. Small touches like offering a hand to one another while climbing or deciding who drives bolster this, making for a pair that easily has plenty more adventures to entertain players with.

Unfortunately, the same can’t be said of the villain. Asav doesn’t quite live up to their level and feels a bit flat, seemingly pursuing his plans for no other reason than to be evil. He still serves as a decent obstacle for the two, but he won’t exactly be remembered for a worthwhile character arc.

The game uses the same mechanics players have come to know over the past four installments: Run through jungles, temples and cities, climb specially marked stones and structures, duck in and out of cover while exchanging fire with enemies, collect optional treasures and so forth. Everything feels just as refined as past “Uncharted” games and players of the past games should have no problem slipping back into their grooves. 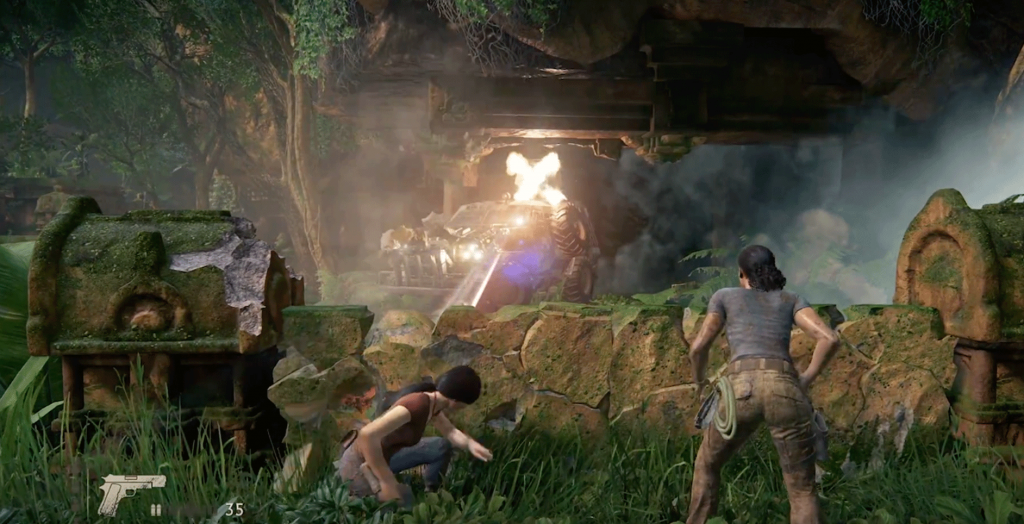 “Lost Legacy” does introduce a more integral open world segment than the fourth game, but it feels a bit empty and can be cumbersome when one wants to keep going through the story. There are also moments when traversing climbing segments where a ledge that looks safe ends up being instant death. It never causes a major loss of progress, but it is frustrating when that same ledge becomes safe just because the character grabbed the ledge a few feet away first.

Puzzles still play a heavy role in gameplay to surprisingly good effect. The occasional “push this object” or rotation puzzle still make appearances, but there are also some clever new jumping and shadow based puzzles which actually provide some challenge and force the player to think them over.

Much like past entries into the series, “Lost Legacy” is stunning to look at with amazingly rendered characters and attention to detail. Beams of sunlight filter through gaps in crumbling stone ruins, bullets zip through the air and through cover, and Chloe and Nadine’s faces display minute changes in emotion. Even small moments like looking at Chloe’s phone to see a newly taken photo take longer when one notices a new cut has shown up on her hand, fresh from her brawl with that last enemy soldier.

Sound effects and music also carry their torches brilliantly. The sounds of gunfire and collapsing stone structures suck one into the world, adding to the tension of rushing to the next patch of cover or climbable pillar. Henry Jackman’s latest composition serves as a perfect accompaniment to the gameplay and story, building to climaxes of strings or slow and somber tones perfectly.

“Uncharted: The Lost Legacy” dispels any doubts that the series can’t go on without Nathan Drake, providing a thrilling adventure with promising new protagonists in Chloe and Nadine. The future is bright for this franchise, as there’s still clearly more adventures to be had with it.

"Uncharted: The Lost Legacy" dispels any doubts that the series can't go on without Nathan Drake, providing a thrilling adventure with promising new protagonists in Chloe and Nadine.

Keenan McCall is a journalist and writer with a passion for animation. From video games to anime, anything that sets art in motion will get him talking and writing nonstop.
Previous Injustice 2 expands with Raiden, Black Manta, and Hellboy
Next Call of Duty: WWII reveals Headquarters, the game’s social hub