Try what before you buy? Why, Miitopia and Hey! Pikmin of course. Demos of both are now available in this week’s Nintendo Download.

Who doesn’t love a good demo? especially when it’s for a game that you might be on the fence about, a demo could easily sway you in either direction. Take Miitopia and Hey! Pikmin here. Neither game is what I’d call a slam dunk in terms of retail success, but actually giving prospective players a taste might be just the ticket to get them to buy in.

If neither one of those is for you though, and you’re already set on that, there isn’t much else this week. Fatal Fury Special is the latest Neo Geo title to make the jump to Switch, and there are some nice My Nintendo Rewards deals on NES Castlevania’s, but that’s about it. 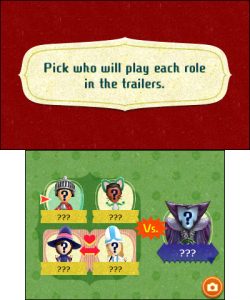 Jason's been knee deep in videogames since he was but a lad. Cutting his teeth on the pixely glory that was the Atari 2600, he's been hack'n'slashing and shoot'em'uping ever since. Mainly an FPS and action guy, Jason enjoys the occasional well crafted title from every genre.
@jason_tas
Previous Nintendo ends New Nintendo 3DS production worldwide
Next SDCC 2017: BttF, TMNT and more highlight Insight Editions at the Con