In “What Remains of Edith Finch,” the journey is the destination, and it’s a journey well worth taking.

Players take the role of Edith Finch, a member of a family infamous for their odd house and the tragic fates that befell every member of the family. After being left the key to the house when her mother passed away, Edith sought to uncover the secrets of the house and the truth of what happened to her family members, recording what she found in a journal in case she suffered the same fate.

The game is much in the same vein as titles like “Gone Home” or “Everyone’s Gone to the Rapture,” focusing on first person exploration and narrative. How it presents these elements, however, is one of a kind. Narration text glides across the screen, creating ghostly messages that hang in the air with each new plot development. Words and letters flow and gather with the wind, and tumble away with a stream of water. The music is likewise used to masterful effect, playing into the rhythm and movement of gameplay segments in novel ways. Wistful orchestral melodies offset melancholy notes, enhancing the emotional moments of story segment climaxes.

On top of that, what developer Giant Sparrow pulls off within the first person perspective is remarkable. Each room that Edith uncovers reveals a new story about one of her family members. Players then take the role of these family members, who each have a different mechanic or way of viewing the world. Talking about any of the methods used would spoil some of the best ideas to come to first person gaming in a long time, but suffice to say that each new offering is stylized and used in a way that increases and enhances their brief stories to an amazing degree. 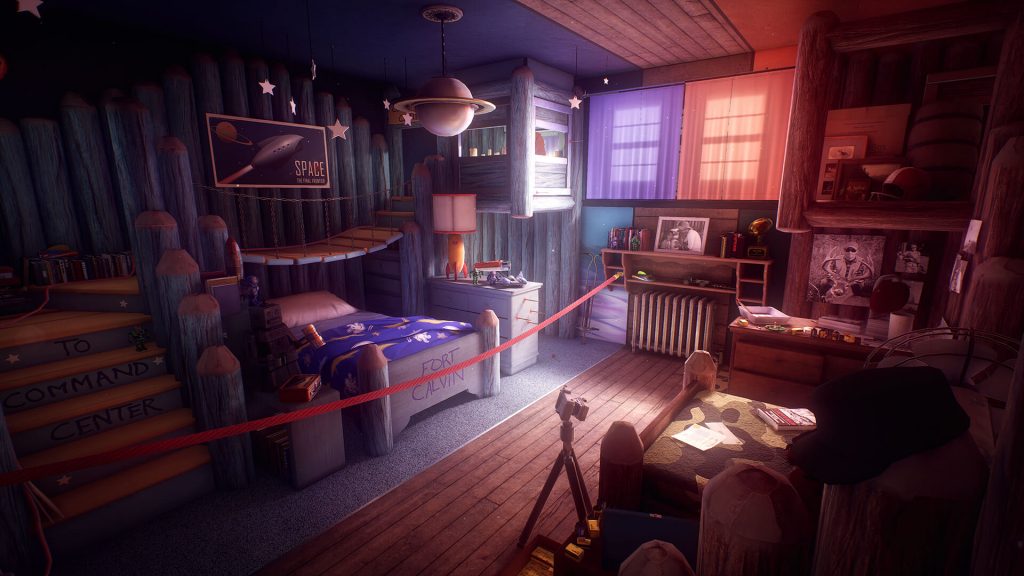 Which is important to bring up; Just like “Gone Home,” this game is fairly short at only two-and-a-half or three hours long. What it delivers in this time, though, makes it well worth the price of admission, with each smaller story building to one of the strongest narrative pieces to be delivered by video games in a long time. It will stick with you long after the game is done, its overall message lingering in the back of your head even in everyday activities and events.

Because it’s not about reaching the final destination. It’s about the experiences found along the way.

“What Remains of Edith Finch” is available for PS4, Microsoft Windows and Mac OS for $14.99.

Keenan McCall is a journalist and writer with a passion for animation. From video games to anime, anything that sets art in motion will get him talking and writing nonstop.
Previous Gumby and Pokey return to comics courtesy of Papercutz
Next Tekken 7 (Xbox One) Snapshot Review