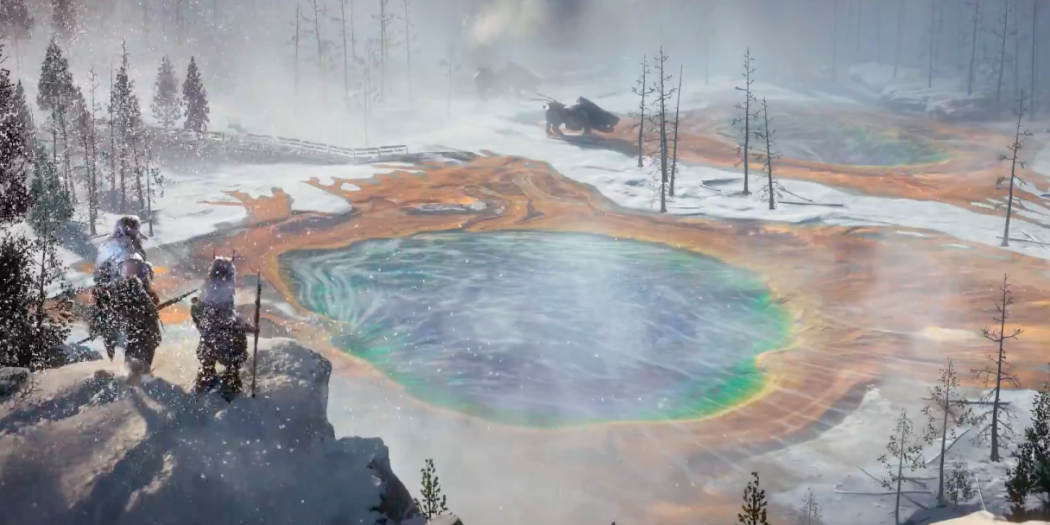 A trailer for the new “Horizon: Zero Dawn” DLC pack “The Frozen Wilds” was revealed during Sony’s E3 2017 press conference.

The trailer a new land, covered in snow and crawling with fierce enemies out to kill hunters who have come seeking fame and glory. Alloy, however, has come in search of a new mountain bunker that may hold more answers as to what happened to the world. To reach it, she must face a fearsome beast that guards it and other threats besides. The dlc is slated for a 2017 release.

Keenan McCall is a journalist and writer with a passion for animation. From video games to anime, anything that sets art in motion will get him talking and writing nonstop.
Previous Uncharted: The Lost Legacy receives new villain in E3 trailer
Next Days Gone receives new gameplay trailer