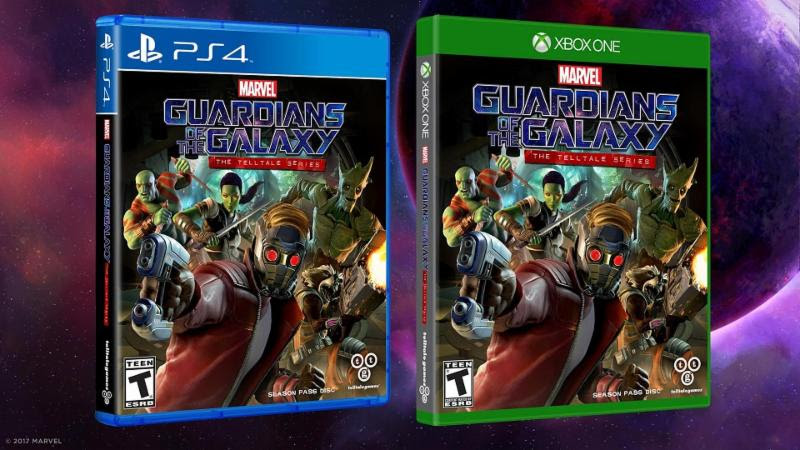 Home / Android / The Guardians of the Galaxy launch trailer has arrived

The Guardians of the Galaxy launch trailer has arrived

It’s time to be heroes. The Guardians of the Galaxy are back once again, this time in the all-new Telltale Games’ series.

Starting off with a bang

You know ’em, you love ’em, and this Telltale Games mini-series is starting off with a Thanos-sized bang. And it looks like the Guardians will be seeing action against him too. Kind of like an end-game boss fight happening at the close of level one.

Needless to say, fans of the ragtag ‘superhero’ team should eat it all right up.

Marvel’s Guardians of the Galaxy: The Telltale Series is a brand new story of the universe’s unlikeliest Super Heroes: Star-Lord, Gamora, Drax, Rocket, and Groot. In the wake of an epic battle, the Guardians discover an artifact of unspeakable power. Each of them has a reason to desire this relic, as does a ruthless enemy who is the last of her kind, and who will stop at nothing to tear it from their hands.

From Earth to the Milano to Knowhere and beyond, and set to the beat of awesome music, you wear the rocket-powered boots of Star-Lord in an original Guardians adventure, where your decisions and actions drive the story you experience.

Strap in, Guardians of thee Galaxy is set to see its first episode hit consoles, the PC and Mac, and mobile platforms on April 18th. It’ll run you $4.99 USD. Want to grab a physical disc? As usual, Telltale will also be offering a ‘Season Pass disc at retail. That one you’ll be able to add to your library starting on May 2nd in the US. Globally? You’ll be waiting a few more days, till the 5th.

Jason's been knee deep in videogames since he was but a lad. Cutting his teeth on the pixely glory that was the Atari 2600, he's been hack'n'slashing and shoot'em'uping ever since. Mainly an FPS and action guy, Jason enjoys the occasional well crafted title from every genre.
@jason_tas
Previous Styx: Shards of Darkness (Xbox One) Review
Next Nier: Automata’s upcoming DLC offers new costumes, ridiculous new boss fights