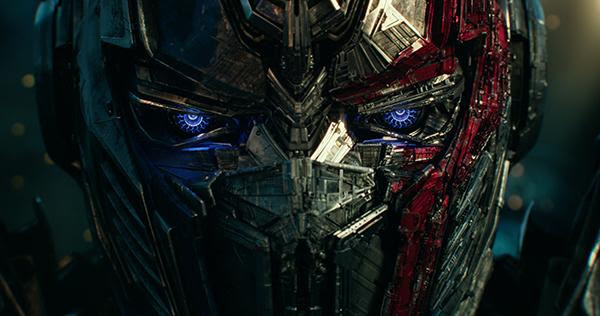 Like yesterday’s Ghost in the Shell trailer, the Transformers: The Last Knight Superbowl spot has gone online first.

Lots of questions there, which is nothing new for this movie. It’s been shrouded in mystery since its announcement, and has dropped few clues.

In the last trailer, we saw a techno-planet seemingly drift into our solar system and start absorbing Earth’s moon. At least, that’s what it looked like. The planet itself looked a lot like the usual depiction of the Transformers home world, Cybertron. One problem: Cybertron doesn’t move (more than any other planet anyway), and it doesn’t eat other planets. But Unicron does.

A living world that can actually transform into a planet-sized robot, Unicron is a kind of dark god among the Transformers. He was the central figure in the old animated movie from the 80s and famously reformatted Megatron into Galvatron, who became his servant (for a while).

Is that what we’re seeing here? If it is, then it certainly looks like it’s happening with Prime instead of Megs. That’s an odd choice, but then again this is the movie series. It’s got a history of making choices with characters that don’t exactly fit in with the fiction’s canon.

On the other hand, Prime mentions a “maker” in the trailer, and that might refer to Primus. The good god in the Transformers pantheon, he has -at times- been considered Cybertron itself. In other words, he’s a good guy version of Unicron, but more or less stuck in planet mode. Primus isn’t evil though, so that’d make little sense here since it looks like whatever that planet is, is going to destroy earth.

Then again, this is the movie series…

Jason's been knee deep in videogames since he was but a lad. Cutting his teeth on the pixely glory that was the Atari 2600, he's been hack'n'slashing and shoot'em'uping ever since. Mainly an FPS and action guy, Jason enjoys the occasional well crafted title from every genre.
@jason_tas
Previous Udon to unleash Bloodborne art tome
Next February 8th Valiant Previews: Ninjak and Divinity III: Shadowman