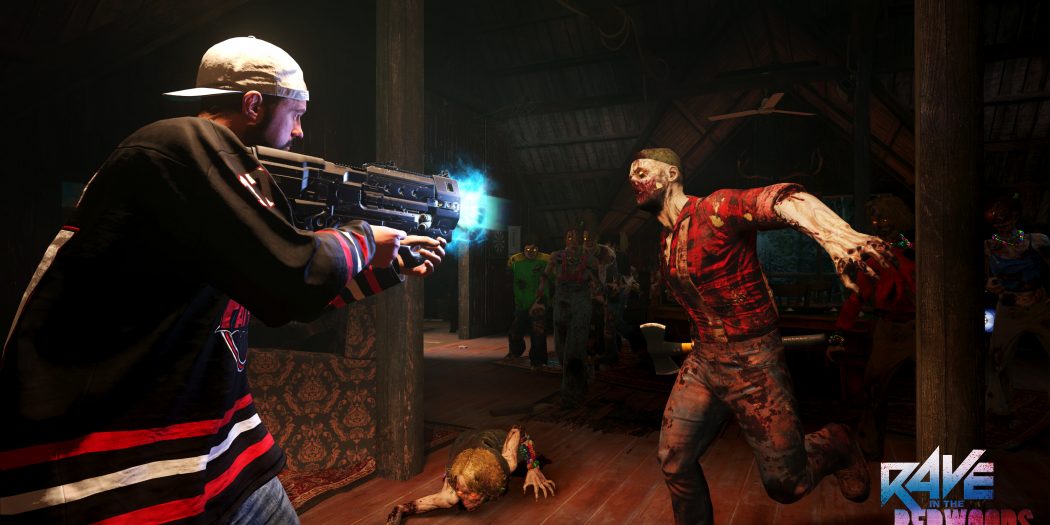 The latest DLC for Call of Duty: Infinite Warfare brings 4 is here. New multiplayer maps and a zombie Rave in the Redwoods are at the ready for PS4 gamers.

Of course, in this instance, Sabotage is a good thing. And that’s especially true if you’re a fan of multiplayer shootin’ and zombies. What? You didn’t think that there’d be a CoD map pack that didn’t have a helping of the undead, did you?

Well I hope not, ’cause Sabotage comes stacked with piles of rotters. But the Rave in the Redwoods level is just the start of what’s in this one.

“Sabotage brings four new multiplayer maps that feature distinct gameplay for all different gameplay types,” said Dave Stohl, Studio Head of Infinity Ward. “Players will go head-to-head in places like Brooklyn, northern Italy, and even on one of our favorite maps from the Modern Warfare series, Afghan – now reimagined as Dominion. The multiplayer package offers something for everyone. And then there’s Rave in the Redwoods, which turns the crazy up to 11, as players experience a new zombies chapter that’s all-1990s and all-zombies. It’s got great music and is a ton of fun.”

This installment of CoD Zombies has the usual assortment of star-power too. Paul Reubens returns as the villain, along with Kevin Smith as himself. At their side are the talented voices of Ike Barinholtz as “the Hip Hop Wannabe;” Seth Green as “the Kandi Raver;” Jay Pharoah as “the Grunge Rocker;” and Sasheer Zamata as “the Westside Gangsta.”

As for the multiplayer maps, here’s your rundown on the quartet

Sound good? As I mentioned, you can grab this pack for the PS4 version of Infinite Warfare right now. As for the PC and Xbox One versions of the game, well they’ll be along at some point.

Jason's been knee deep in videogames since he was but a lad. Cutting his teeth on the pixely glory that was the Atari 2600, he's been hack'n'slashing and shoot'em'uping ever since. Mainly an FPS and action guy, Jason enjoys the occasional well crafted title from every genre.
@jason_tas
Previous Turtle Beach takes Flyte with gaming backpack
Next Brutal Gamer Awards 2016: Special Categories