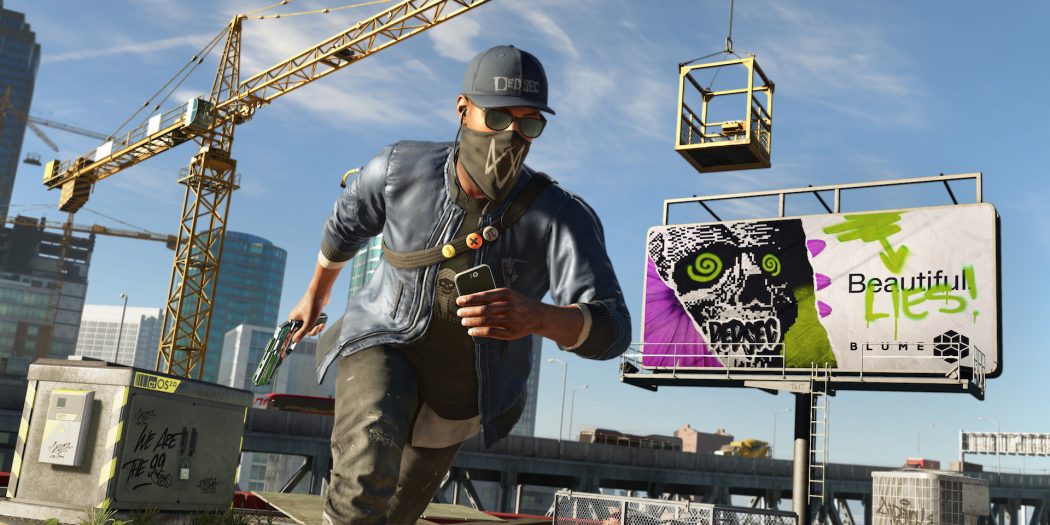 Watch Dogs 2 is apparently very free with the genitalia. Not that it will be for too much longer.

So, this is kind of, sort of, super-weird

Not the kind of game that you’d expect to see graphic nudity in, Ubisoft’s Watch Dogs 2 has just that. It’s not even the kind of nudity that fits into the story at all… it’s just kind of there. Not that there’s anything really wrong with that. After all, we’re talking about a game here that’s rated M (for Mature!), and not one that’s meant for the younger set. Still though, it’s… weird.

The story here is that some of the female NPC’s are wearing crotchless undies. If they get knocked over and their skirts go up, you apparently get an eye-full. And lest you think that there’s only feminine genitals present in WD2’s version of open-world San Francisco- think again. From a video posted online via a PS4 share, there’s a guy who’s full-on naked relieving himself against a back-alley wall. Well, I guess he’s not full-on naked… he is wearing a hat.

So what’s the deal? We have no idea, and it sort of sounds like nobody else does either. For their part, Sony banned the played who shared the imagery from the PSN. Why they did that is a little bit of a mystery. He’s back now, but it seems like a strange course of action regardless of the terms of service, since the nudity is a part of the game.

That might seem odd, but then again, all of this seems odd.

Jason's been knee deep in videogames since he was but a lad. Cutting his teeth on the pixely glory that was the Atari 2600, he's been hack'n'slashing and shoot'em'uping ever since. Mainly an FPS and action guy, Jason enjoys the occasional well crafted title from every genre.
@jason_tas
Previous IDW announces new Highlander prequel
Next Destroy All Humans! (PS4) Review