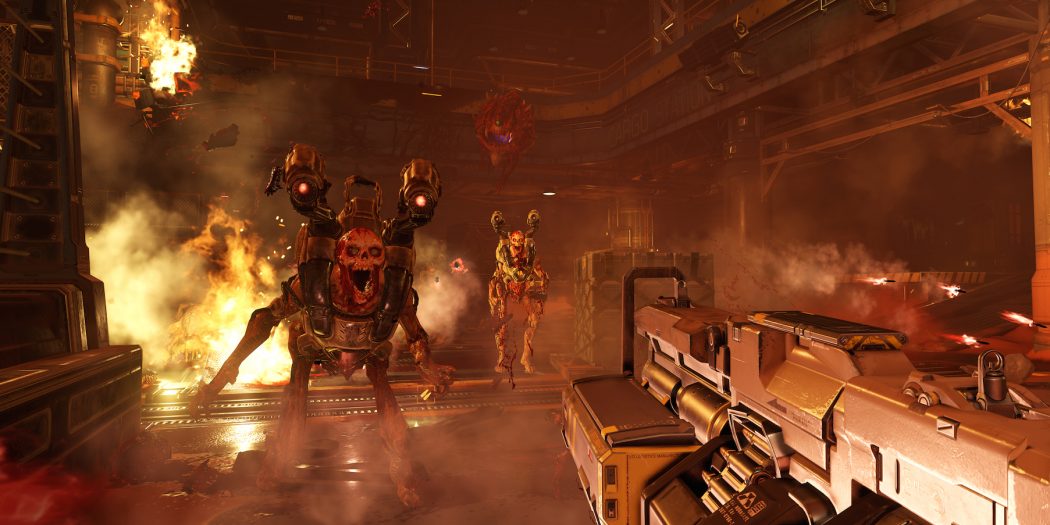 DON’T GET TOO EXCITED. This isn’t some story expansion, with elements from classic Doom 2. No, this isn’t Hell on Earth, though I assume that’s on tap for the inevitable sequel to iD Software’s excellent FPS.

Instead, this new DLC for Doom is a multiplayer affair. The second in the premium DLC pack series, Hell Followed will run you $14.99 USD. It’s availed right now on the Xbox One, PS4, and PC and includes:

In addition, the game is kicking off a neat little Double XP weekend, just in time for Halloween. The event starts tomorrow (10/28), at 10am est, and runs through the same time on Halloween itself. That’s this Monday, in case you didn’t know.

So (barring school or work) you’ll be able to wrap up your Doom-ing, and then head out and grab some candy. What’s better than that?

Jason's been knee deep in videogames since he was but a lad. Cutting his teeth on the pixely glory that was the Atari 2600, he's been hack'n'slashing and shoot'em'uping ever since. Mainly an FPS and action guy, Jason enjoys the occasional well crafted title from every genre.
@jason_tas
Previous Resident Evil 7 Immortal…
Next Doctor Strange conjures up a retail blitz