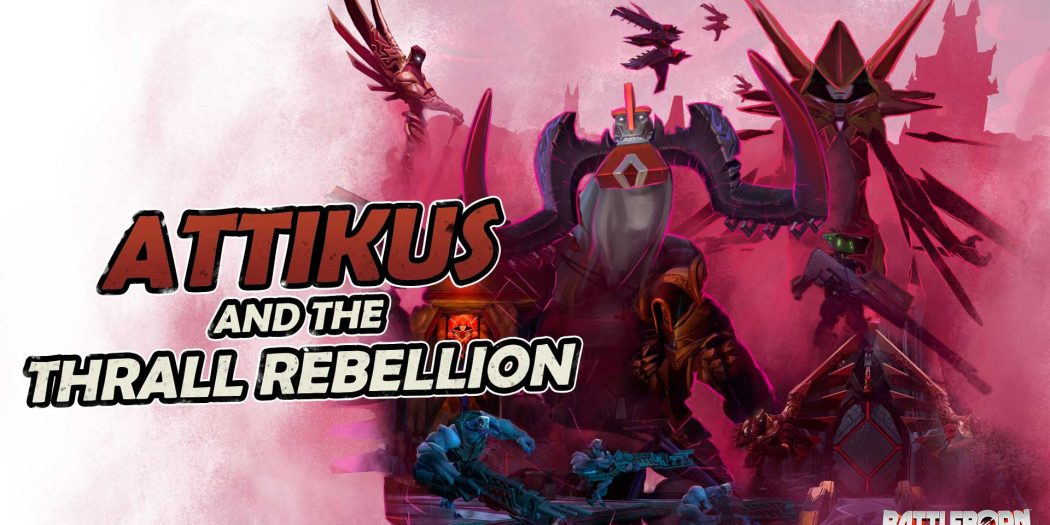 There’s no denying that Battleborn is heavily declining in player numbers but 2K have not given up on the title yet. The newest slice of DLC has been released titled ‘Attikus and the Thrall Rebellion’. This new piece of content is an operation which recounts Attikus’ previous actions before joining the Battleborn in a noir-esque style. People may be wondering, ‘why are you covering a pretty much dead game?’ To answer such a query, it’s because I bought the season pass and I would like to get my money’s worth. So what does this operation deliver to the Battleborn universe? 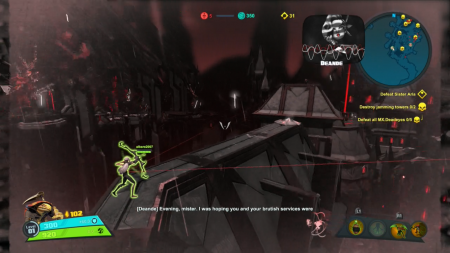 Attikus and the Thrall Rebellion retells a tale from Attikus’ past in a noir-esque style. All the traits are there, the black and white scenes, a scorned detective and the odd femme fatale. The overall story is enjoyable, with some funny dialogue between the characters. In addition, you fight alongside Attikus and discover more about him. It’s great to see other characters getting some light as the ‘main’ story is dominated by Deande, Melka and Kleese. Further, on a different playthrough, Attikus might get the mission from a different character such as Deande or Ambra. These are the only two I’ve ran into so far which alters the main story dialogue a little. The mission can take about 25-30 minutes to complete, depending on the team comp.

There is some replay value to this operation in the form of Ops points and dialogue. Ops points can be gained by completing various challenges during the mission or finding them scattered around the map. Getting more Ops points will allow to gain better loot boxes. Reaching a certain threshold will unlock a new skin for your current character. Don’t expect something amazing as it is another colour swap, this time crimson red and deep purple. It looks good, but I wished for something more premium and original rather than a colour swap. If it’s a noir story, let the characters have a noir themed costume for completing it or at least a select few who’d fit the design. 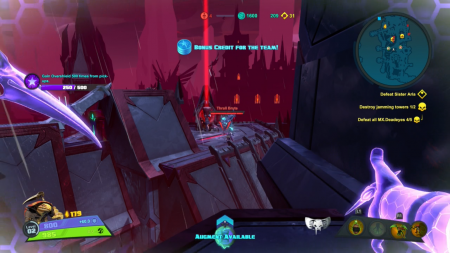 It puzzles me that this operation has limited the player base to only three members. This is weird as the other, ‘main’ story missions allows for five player online co-op. More than likely, this move to keep the operation at a three-man team is to lower waiting times for getting into a game.

The last part of the mission is rather challenging. The operation ends with a boss fight which is difficult in itself. What makes it even harder is the amount of enemies that appear on this last stage. Add some really annoying AOE anchors and you will be dying a few times. If you have a well-knit team with a decent comp, then perhaps you’ll get out of this part relatively unscathed. 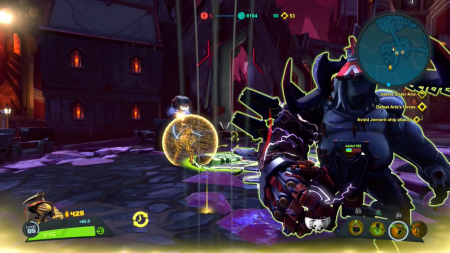 Is It Worth It?

There is some fun to be had here but it can diminish rather quickly. The changing dialogue does refresh the operation and unlocking a new skin is nice but that is the limit to the offering here. More than likely, you’ll play this about 4 times just to see if anything changes and that’s about it. Admittedly the dialogue is sometimes amusing and it is refreshing to see a different character getting some light, but there isn’t a huge payoff to get people replaying one mission.

Battleborn’s new operation will set you back 700 platinum or $4.99. For those with the digital deluxe edition or the season pass will gain the operation absolutely free. Battleborn has seen a sharp decline within their player base until this moment. Due to the DLC’s release, the player base has risen slightly so if you do have the DLC or just want to play online, jump on now. There’s no telling when this spike will end but players have come back to play the new content.

I've always enjoyed gaming from a young age, with my all time favourite game being Ape Escape. Nowadays, I enjoy any kind of game from action adventure to horror, though I am quite partial to the odd fighting game.
Previous Rockstar Tweets Red Dead teases
Next Wanna play your original Xbox games on your Xbox One?