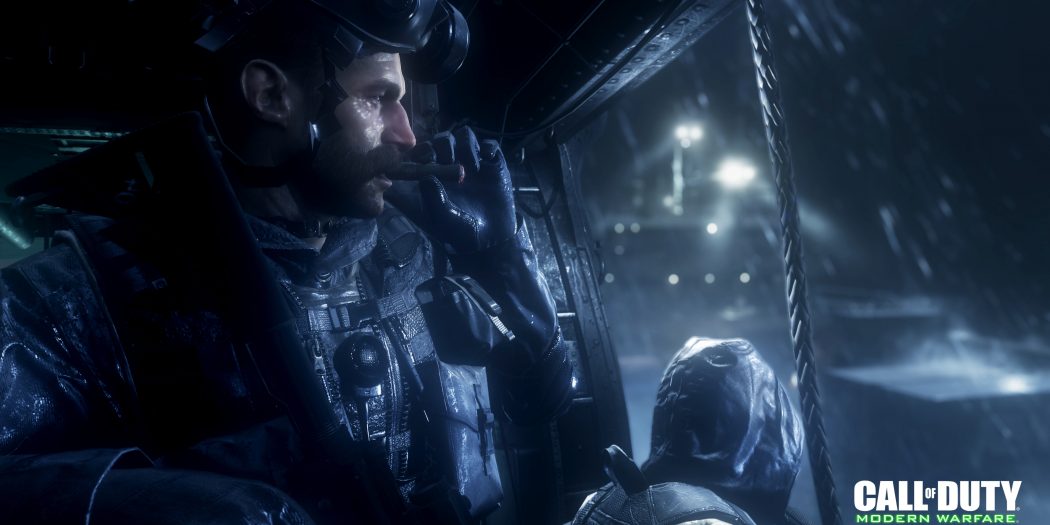 Call of Duty: Modern Warfare remastered might be just as hotly anticipated as the new game, Infinite Warfare. Check it out in action after the break.

Might you be one of the throngs of fans who loved and played the hell out of Modern Warfare the first time around? If you are, I have to imagine you’re pretty happy with that trailer. Not only does the game offer all the appeal of the neo-classic it revamps, but it looks a whole lot better too.

Not that Modern Warfare was a slouch the first time either, but this new revision is just this side of spectacular. And as what effectively amounts to a bonus, packed in with Infinite Warfare? Well, that’s pretty damn awesome.

Yep, just in case you forgot, Modern Warfare Remastered comes with every boxed copy of Call of Duty: Infinite Warfare. Likewise, you’ll get the game if you buy the Digital Deluxe Edition. So you can grab a copy whether you prefer your games with or without a disc.

All of this happens when the game hits retail and online storefronts. And that’ll happen for the PS4, Xbox One, and PC on November 4th. HOWEVER, if you are going to pick it up on the PS4, then you’ll get to play way sooner than that.

All you need to do is pre-order the Legacy or Digital Deluxe Edition for the PlayStation 4, and you’ll get to download and play Modern Warfare Remastered on October 5th. Yes, that’s the fifth, which is basically a month early.

Jason's been knee deep in videogames since he was but a lad. Cutting his teeth on the pixely glory that was the Atari 2600, he's been hack'n'slashing and shoot'em'uping ever since. Mainly an FPS and action guy, Jason enjoys the occasional well crafted title from every genre.
@jason_tas
Previous Playstation Plus Games for October Announced
Next Pre-order Dishonored 2, play a day early