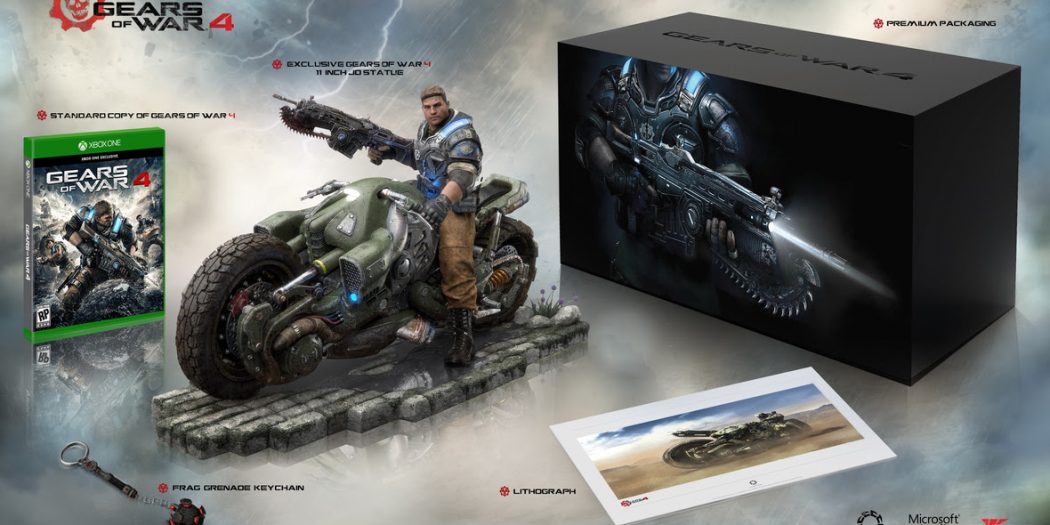 Home / Microsoft / The Gears 4 launch trailer has Marcus, the Swarm, and plenty of action

The Gears 4 launch trailer has Marcus, the Swarm, and plenty of action

Gears 4 is almost here and Microsoft and developer The Coalition has released a dramatic (and somewhat telling) trailer.

So there’s a lot there for Gears of War fans to take in. More than I though actually, and quite a bit that’s surprising. For starters, Marcus Fenix is back in action in some way. I had figured that he might not play all that big of a role in the story, but it certainly seems as though he will.

The elder Fenix in peril aside though, there’s also a bunch more nods to the classic Gears trilogy (plus Judgement) in here. New stuff abounds too. It looks like drone-type bots fighting alongside the COG’s soldiers will now be a thing, and you’ll also be able to pilot giant mechs, vastly superior to the Silverbacks in the last games. Can’t wait to get my hands on one of those.

As far as Gears themes past, well it certainly looks as though the new will most definitely be linked to the old. The new baddies in the Gears universe look an awful like the Locust from the previous games don’t they? Is that just a design decision to keep some of the gameplay conventions that made Gears such a hit in the past? Doesn’t look like it.

In the trailer above, the Swarm pretty clearly come out of ‘Emergence Holes’ to attack, and live under the planet Sera’s ground. They’re also monstrous in appearance with a similar look to the Locust, just… goopier. They’ve also harnessed giant monsters to do their bidding- sound familiar? I’m figuring that the Swarm is a mutated form of the Locust Horde, personally. We’ll hopefully see what the truth is pretty soon though, as the game’s launch isn’t that far off.

Gears 4 hits on October 11th for the Xbox One and PC in standard and Collector’s Edition (shown above) flavors. It is a part of the Play Anywhere initiative from Microsoft as well. So if you buy it on Xbox One digitally, you’ll also get to play it on the PC. No, that doesn’t carry over to physical copies. As you saw at the end of the trailer too, buying the Ultimate Edition will get you playing a little earlier than that, on October 7th.

Jason's been knee deep in videogames since he was but a lad. Cutting his teeth on the pixely glory that was the Atari 2600, he's been hack'n'slashing and shoot'em'uping ever since. Mainly an FPS and action guy, Jason enjoys the occasional well crafted title from every genre.
@jason_tas
Previous Eisenhorn: Xenos (PC) Review
Next Icon Heroes GameStop exclusive Batman unveiled