Live through some of the life and times that made Imperium Inquisitor Gregor Eisenhorn so well reknowned in Eisenhorn: Xenos. 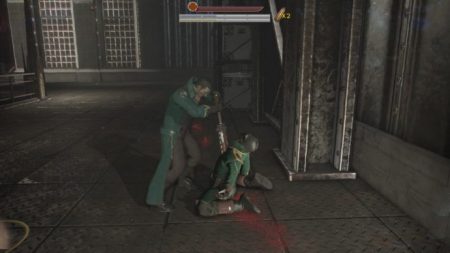 Gregor Eisnehorn was an unusual inquisitor, in that he allowed his beliefs to change. To the point that some viewed him heretical, in fact.

Now I will be the first to admit that this is my first time learning of Eisenhorn, and only my second time dabbling into stories of the Warhammer universe.

Eisenhorn: Xenos takes us on a journey to relive some of Gregor Eisenhorn’s greatest accomplishments. Though we do it through an unusual role in gameplay these days: solely through flashbacks. When we first meet Gregor, he has grown rather old, and that the years, or his enemies, have not been kind to him.

The graphics here are a let down. I figured with a franchise as large as Warhammer, there should be a decent budget behind this. I’m wondering if a large part of the budget didn’t go to Mark Strong for his voice over work as Eisenhorn. The combat system is nothing special: a typical real-time engine that has been around for some time. It’s only saving grace was the fact that you have an action meter that you can build up, which will lead to being able to slow time and plan up to four attacks in succession. 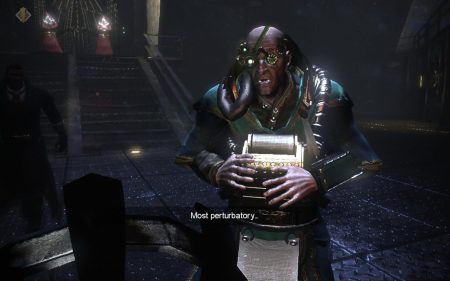 When not in a flashback, you control the elder Eisenhorn in what I can only assume is his ship. There is only one control: forward. You cannot run, you cannot crouch. Either you walk forward, or use the same joystick to turn around. Personally I dreaded everytime I had to take on the elder.

As The Story Goes…

The story however, was definately interesting. Take the controls as an inquisitor who has almost complete free reign in the galaxy, as he tracks down a thug, or an artifact. As stories go, we start with an informant, who sends us to another planet, and it continues from there. There is some amusing mini-games, for lack of a better word at use here. When you need to assert your will over a person or an artifact, you are presented with an image of a floating brain. Around the brain are several colored points, in which you have to test your reflexes. At times, this was the highlight of the chapter.

Gregor Eisenhorn is made out to be a mountain of a man, in his role as an inquisitor. He had a network of people to aid him in his work such as an untouchable, a pilot, merchants and even a savant or two. Though these networks don’t necessarily do much for you when your opposition have the same, or more.

Eisenhorn: Xenos in concept is a great game. Learn what made the inquisitor a legend. Personally I think Pixel Hero Games could have handled things differently. My personal experience with this title is not one of my better tellings. The first copy of the game I recieved had terrible technical issues. Once that was corrected, I got into a game that, well, wasn’t overwhelmingly amazing. I gave it a run, and personally my favorite image from the game was the patrol drones that were made out to look like floating human skulls.

If you are a Warhammer or an Eisenhorn fan, then this game may be for you. Outside of these conditions, you may find this game to be less than stellar. Perhaps Eisenhorn should keep his story in books.

A fan of media on multiple platforms, I am always watching or playing something! Who knows what I will be on to next?
@mackeyp42
Previous Marvel Comics goes beastly with Monsters Unleashed
Next The Gears 4 launch trailer has Marcus, the Swarm, and plenty of action