Home / E3 / The Status and Future of Virtual Reality

The Status and Future of Virtual Reality 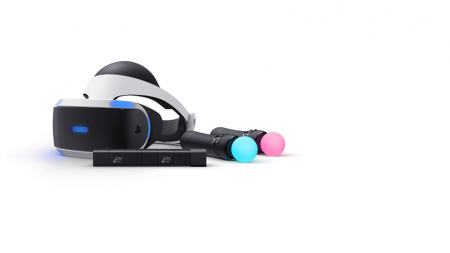 Virtual Reality may be considered the future of gaming, but how distant is that future? Sony’s E3 conference in June 2016 highlighted upcoming titles including a returning Crash Bandicoot and Hideo Kojima’s Death Stranding; yet, there was almost no mention of the Neo console. Despite announcements by Microsoft of their new equivalent machine, Scorpio, many are unaware of exactly what this technology will offer.

So far, Playstation have claimed that the VR set will cost around £350 or $399 with Microsoft likely demanding even more for the Scorpio; moreover, many are questioning whether alternative VR devices like the Oculus Rift and HTC Vive will be as compatible; Sony has confirmed that they will be; but, will this attempt at innovation be as fleeting as the Xbox Kinect?

The steep price will likely put many people off of purchasing VR, especially after buying the console, the games and any DLC. Motion sickness is also a problem, with even veteran gamers such as myself feeling nauseous within the hour. What companies developing these devices need to keep in mind, is that there will be no long term profit for a passing novelty; Virtual Reality is exciting and nobody wants to see it confined to the realms of forgotten innovations; from Nintendo’s power glove, to the infamous Kinect.

However, the obsession with VR has now become a bundle of uncertainty. This is good news for developers and gamers because concentrating exclusively on any technology’s cabilities often affects the quality of games that are being released. During the reign of the Kinect, abhorrent titles like Sonic Free Riders and Steel Battalion: Heavy Armor encapsulated its failure. Hopefully, we will experience the arrival of promising titles like Horizon Zero Dawn and Mass Effect: Andromeda unhindered by VR. Games should be creative and fun, rather than serve as demonstrations for commercial products.

I am a writer and reviewer who is very passionate about video games of all genres from the RTS to the RPG and very willing to talk about them excessively. Other than that I spend my time writing creative pieces and critical essays for academic fields or browsing crunchyroll for new anime.
Previous Dynasty Warriors to Receive New Mobile Game
Next Arma Mobile Ops: Take the Fight With You