Battleborn, Gearbox and 2K’s first person shooter, MOBA hybrid is getting micro-transactions in the coming days. In a post on the Battleborn blog page, the arrival of the micro-transactions will be the 16th June. This will expand the marketplace that is already in game, only showing the season pass. 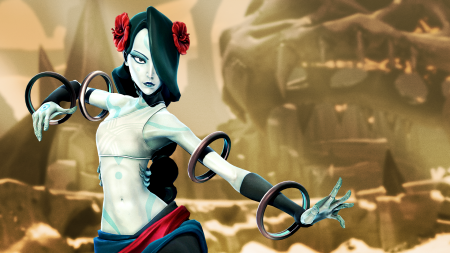 So what does this new update to the marketplace include? Well, a premium currency will be implemented known as Platinum which can be used to purchase the upcoming fresh skins and taunts for characters. The pricing of Platinum are as follows:

Personally most of the skins look incredible and have a visual flair to them. They make the hero into something else making them stand out from the crowd, adding some more personality. I particular like the new Kleese costume as a brainy alien. Perhaps a small hint to the film ‘Mars Attacks’ as there are some striking resemblances.

For those wanting more free content, with each upcoming DLC pack, more skins and taunts will be unlockable via the story operations. Currently skins and taunts can only be unlocked through character progression and gear packs, however these tend to be different colour variations on the original costume.

Platinum will be available for purchase, along with the additional skins and taunts on 16th June for PS4, Xbox One and PC. To see the full blog post from 2K, click here.

I've always enjoyed gaming from a young age, with my all time favourite game being Ape Escape. Nowadays, I enjoy any kind of game from action adventure to horror, though I am quite partial to the odd fighting game.
Previous E3 2016: Nintendo unveils new Mario and Zelda Amiibo
Next E3 2016: MS shows off Halo Wars 2, talks beta