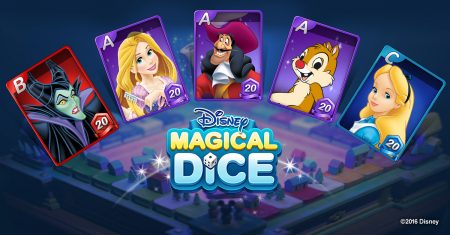 The new ranking system builds on the existing ranking system, allowing players the ability to represent their country in game. The top 100 players from each country will be automatically selected as a member of the ‘National Team’ and be given special decorations within the game.
Disney Magical Dice’s National Ranking seasons will last one week at a time.

“With the new National Ranking System, we hope you all have more fun playing the game representing your country, as we plan to introduce more amazing Disney and Pixar contents in the near future.”  – Seungwon Lee, Chief Global Officer of Netmarble Games

A fan of media on multiple platforms, I am always watching or playing something! Who knows what I will be on to next?
@mackeyp42
Previous Brutal Roundup: May 9 through May 15
Next Grand Kingdom (PS4) Preview