Following its 2013’s release on PS3, Xbox 360 and PC, Deadpool has now landed on next-gen consoles with a version that is an almost straight port of the original, except for two challenge rooms and a couple of costumes. There’s no graphical update, no alternative modes and no shiny new characters to play as. This is basically the same game, which is both a good and a bad thing. It has definitely aged well, that’s for sure.

The PS4 is no stranger to half-assed ports (Ultra Street Fighter IV, if we’re giving out names), but the Merc with a Mouth’s first foray into the platform is a solid one. The framerate remains smooth at a steady rate and there are no glitches, bugs or visual errors to be found, so players can rest easy about that.
Deadpool’s satisfactory performance means the various platforming sections you’ll have to face aren’t frustrating or infuriating to navigate, largely thanks to the responsive controls. The combat is similar to the Batman: Arkham games, with one button to attack and another to counter, with the added ability of jumping around and teleporting wherever you desire. These features keep things fresh and prevented the game from becoming aged or dated. 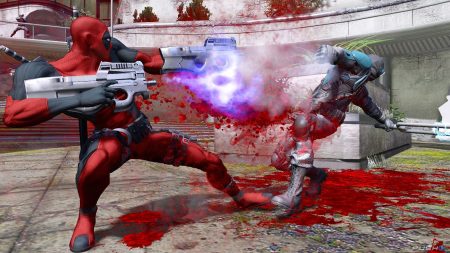 During gameplay, you’ll collect points which can then be exchanged for new weapons, abilities and so on. This system encourages you to be skillful to maximize your points, which means you’ll have to mix the melee attacks with the gunplay if you want to gain access to better equipment. However, you may find yourself out of ammo pretty regularly if you decide to upgrade weapons that are not that common, which is why the upgrade system could have used some minor tweaking. It’s nothing game-breaking, but it is noticeable.

Of course, everyone who knows at least something about Deadpool can tell you that the best part about the character is its self-referential humor and fourth-wall-breaking. Well, those are present in the game, and they are absolutely hilarious. In fact, the jokes contained here are probably the title’s best aspect, and they’re still funny more than 2 years after its original release. Wade Wilson comments about and pokes fun at the different gaming genres, as well as the gaming industry and the communities and cultures that surround it. 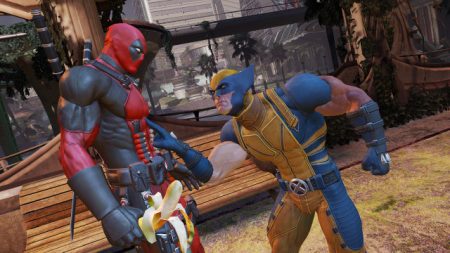 The game is at its funniest, however, when it comes to the good old slapstick humor. Slapping an unconscious Wolverine, shooting yourself to avoid having to listen to Cable or chatting with the multiple voices in your head are just some of the instances that make the game so memorable. This is clever humor when it needs to be, but also simple and head-on at times, meaning there’s something for everyone.

There are also lots of variations to keep the story mode from becoming boring, including gunplay, swordplay and the aforementioned platforming, but also parody instances where the game changes perspectives completely, going from a third-person action game to a 2D side-scroller to a top-down roguelike. Deadpool does a tremendous job of turning jokes into fully-fledged sections of gameplay, and the title is all the better for it. 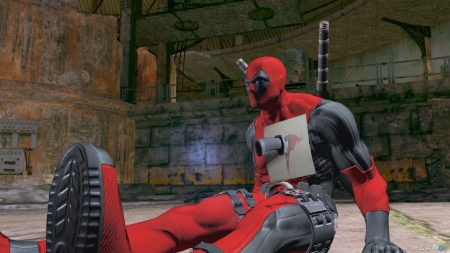 Sadly, all good things must come to an end, and this game’s credits come way too soon. The story mode lasts about seven hours in total, and there’s not much to do after it’s done. There is an arena mode where you fend off waves of enemies, but it’s pretty boring and forgettable. If you decide to play the campaign again, the jokes just won’t have the same effect and you’ll find yourself bored. The game is great while it lasts, but there’s just too little of it.

All in all, Deadpool is a hilarious, over-the-top experience that does justice to the character. However, it must be noted that, as a port, it’s incredibly lacking, with little to no extras to justify a second purchase. If you’ve already played the game when it first came out, you should definitely skip this “remastered” version. However, if you’ve never experienced it, it’s high time you stepped into the boots of the Merc with a Mouth.

I’m a passionate gamer and writer (and BG's US PlayStation Editor) who enjoys action-adventure games and first person shooters and who thinks Naughty Dog can do no wrong!
Previous Xbox Live Games with Gold announced for March
Next The old one awakens – Call of Cthulhu announced for PC 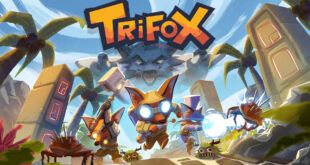 So it’s come to this. They stole his TV remote. This most heinous of crimes …