Guitar Hero Live gets another dose of new tunes as we also check out the list of the most-played songs for the Holiday period.

Starting with ZZ Top’s I Gotsta Get Paid and ending with Always With Me, Always With You by Joe Satriani, the most-played listing of all the songs that got the most jams over the Holiday break is pretty ridiculously varied. I guess that just go to show you how many different people with different tastes have picked up the game, which launched in September. 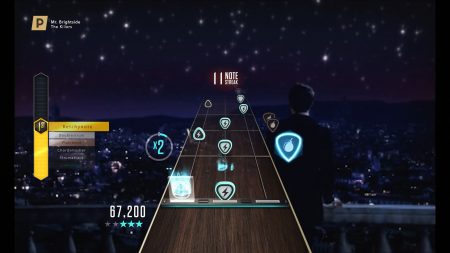 The songs below represent the top 20, direct from the fine folks at developer FreeStyle Games, and were selected by gamers from the GHTV’s various online components.

Interesting, right? Cult of Personality from Living Colour is one of my all-time faves, but there’s lots of stuff on there that I wouldn’t have guessed would have been on a ‘top 20’ list. While this has been a look back though, there’s also some newness to welcome in the New Year for GHL.

A pair of new Premium shows are here to rock in 2016 and they focus on a selection of songs form bands that are almost as diverse as those in the top 20 above. Here’s what’s available to play right now:

Jason's been knee deep in videogames since he was but a lad. Cutting his teeth on the pixely glory that was the Atari 2600, he's been hack'n'slashing and shoot'em'uping ever since. Mainly an FPS and action guy, Jason enjoys the occasional well crafted title from every genre.
@jason_tas
Previous Angry Birds Movie: Cast update
Next Udon launches three new hardcover Capcom art books